Wang Leehom Net Worth: Wang Leehom is an American singer/songwriter, record producer, actor and film director who has a net worth of $100 million. Since his 1995 debut, Wang has released dozens of albums that have sold over 60 million copies worldwide. He is also one of the most-followed Chinese people on social media.

Alexander Lee Hom Wang was born May 17, 1976 in Rochester, New York. His parents were immigrants from Taiwan. He attended Jefferson Road Elementary School, the Pittsford School and Pittsford Sutherland High School. He was formally trained at the Eastman School of Music

After high school he attended Williams College where he double-majored in Asian Studies and music.

Over the summer of 1995, while visiting his grandparents in Taiwan, Wang competed in a local talent competition and ended up landing a recording contract with Bertelsmann Music Group.

His debut album under the label "Love Rival, Beethoven" was not well received and he was subsequently dropped from BMG.

In 1996 he signed a new contract with Decca Records. His second album "If You Heard My Song" was moderately successful and allowed his star to begin to rise in Asia. His third and fourth albums with similarly successful.

In 1997 Wang graduated from Williams and was dropped by Decca Records.

The following year he released the album "Revolution" under Sony Music Entertainment. The album sold 10,000 copies in the United States and would go on to win a number of significant awards, including two Golden Melody Awards.

In 1999, while he was continuing his studies at Berklee College of Music, Wang released his sixth album "Impossible to Miss You." This would prove to be his breakout album, selling 1 million copies worldwide.

Wang's next eight albums would go on to sell at least 1 million copies. His 11th album "Heroes of Earth" is his best-selling to date, with 3 million copies sold worldwide.

As of this writing Wang is a four-time winner of Taiwan's Golden Melody Awards—equivalent to the Grammys of Taiwanese music. He has been nominated dozens of times.

He was the first solo pop concert to be held at Beijing's Bird Nest. He sold-out the 90,000 seat venue. 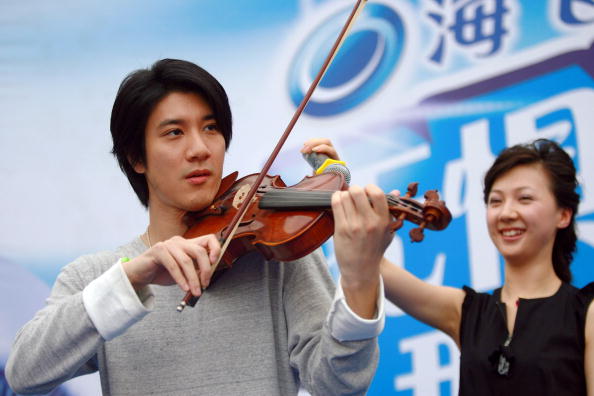 Personal Life and Other Interests


As an environmental activist, his album "Change Me" was dedicated to raising eco-awareness among Chinese youth.

Wang was one of the first torchbearers for the Beijing 2008 Summer Olympics and performed in the closing ceremony in Beijing. He was again a torchbearer for the 2012 Summer Olympics in London, making him the only person in the Mandarin pop circle to have taken part in the event twice.

He is a longtime ambassador for World Vision Taiwan and was appointed World Vision Malaysia's 15th anniversary ambassador (October 2011 to September 2012). Leehom Wang was listed as one of Goldsea's "The 100 Most Inspiring Asian Americans of All Time".

His first language is English, although he learned to speak Chinese at the age of 18. He also speaks a bit of French, Cantonese and Japanese. 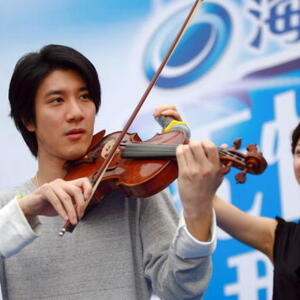