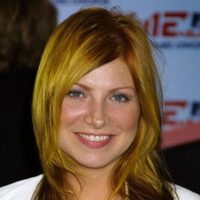 Vitamin C net worth: Vitamin C (aka Colleen Fitzpatrick) is an American pop music singer, songwriter, record producer, actress, and dancer who has a net worth of $8 million. Vitamin C was born in Old Bridge Township, New Jersey in July 1972. Her self-titled debut studio album was released in 1999 and reached #3 on the US Heatseekers chart and #29 on the Billboard 200 chart. Vitamin C's second album More was released in 2001. Her most successful single "Graduation (Friends Forever)" reached #2 in Australia and #4 in Ireland as well as #12 on the US Pop charts and #38 on the Billboard Hot 100 chart. Vitamin C also had success with the singles "Smile", "Me, Myself  I", and "The Itch". As an actress she starred in the movies Hairspray, The Mambo Kings, Higher Learning, Just Cause, High School High, Liar Liar, Da Hip Hop Witch, Dracula 2000, Get Over It, Rock Star, and My X-Girlfriend's Wedding Reception. A Vitamin C doll was released by Mattel in 2000 and she has her own Tommy Hilfiger lipstick color. Vitamin C became Vice President of Music at Nickelodeon in 2012.