Victoria Wood Net Worth: Victoria Wood was an English actress, comedian, singer-songwriter, director, and screenwriter who had a net worth of $12 million at the time of her death in 2016. Victoria Wood was born in Prestwich, Lancashire, England in May 1953. She won the ATV talent show New Faces in 1974 and starred in her TV series Victoria Wood As Seen on TV in the 1980s.

Wood starred in the series Insight in 1984 and starred as Bren in the television series Dinnerladies from 1998 to 2000. She has written for several TV series such as Screenplay, Wood and Walters, Victoria Wood: As Seen on TV, Victoria Wood, and Dinnerladies. Wood has won four BAFTA Awards and has been nominated for nine more. She has also won two British Comedy Awards, a Broadcasting Press Guild Award, a Royal Television Society Award, and two Writers' Guild of Great Britain Awards. She has released four stand-up videos and was married to magician Geoffrey Durham from 1980 to 2002. Unfortunately Victoria Wood died on April 20, 2016 at the age of 62 after suffering from a private terminal cancer. Victoria's estate at death was worth $12 million. Around $5 million of her estate was made up by the value of her home which she left to two children. She left the remainder of her fortune to Victoria Wood Charitable Trust which was established to help young and disabled people. 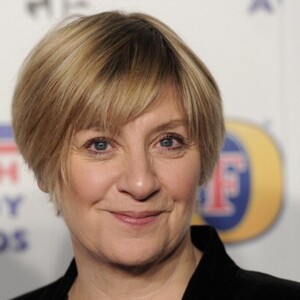