Victor Willis net worth: Victor Willis is an American singer, songwriter, and actor who has a net worth of $30 million. He is best known for being the first member of the disco group Village People and served as the group's lead singer and co-songwriter. To this day he earns a lucrative income stream from royalties and publishing related to songs like "YMCA", "Go West", "In The Navy" and "Macho Man". Those songs are regularly used in everything from Broadway musicals, commercials, slot machines, and television and movies streamings.

Victor Wills was born in Dallas, Texas in July 1951. Willis always performed dressed as a cop or naval officer. He starred in the original Broadway production of The Wiz in 1976. Village People formed in 1977 and released their self-titled debut studio album in 1977. They released the album Macho Man in 1978 and their 1978 album Cruisin' reached #1 in Austria and Germany and the Top 5 in the US, Canada, Norway, and Sweden. Village People also released the albums Go West, Live and Sleazy, Can't Stop the Music, Renaissance, Fox on the Box, and Sex Over the Phone. Their most successful single "Y.M.C.A." reached #1 in nine countries and #2 in two others including the US. Their single "In the Navy" also reached #1 in many countries. Willis released the solo album Solo Man in 2015 after it remained unreleased for more than 35 years.

Personal Life: Victor was married to Phylicia Rashad, who played Clair Huxtable on The Cosby Show, from 1978 to 1982. He wrote the lyrics for the album she released, Josephine Superstar.

Willis married an entertainment executive and lawyer named Karen in 2007. Together they own residences in New York City and San Diego.

Wealth: Victor owns 50% of the Village People's music catalog. This asset alone is reportedly worth $20-$30 million. When he returned to Village People in 2017 Victor negotiated a deal that made him the exclusive licensee of the group. 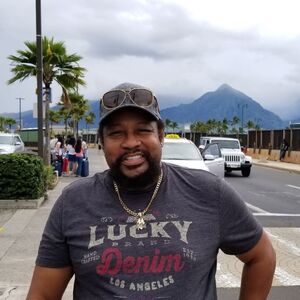