How much is Vickie Winans Worth?

Vickie Winans net worth: Vickie Winans is an American Gospel recording artist who has a net worth of $3 million. Vickie Winans was born in Southfield, Michigan in October 1953. She is a member of the Winans family and started singing in church. She has been a part of the groups The Winans and Winans family as well as with her son Mario Winans. Vickie Winans has released the albums Be Encouraged in 1985, Total Victory in 1989, Best of All in 1991, The Lady in 1991, Vickie Winans in 1995, Share the Laughter in 1999, Best of Vickie Winans in 2002, Bringing It All Together in2 003, Woman to Woman: Songs of Life in 2006, Happy Holidays from Vickie Winans in 2007, Praise & Worship in 2008, How I Got Over in 2009, and Thy Kingdom w/ The Clark Sisters in 2018. In 2012 she released her Unplugged and Hilarious Comedy DVD set. She married Marvin Winans in 1978 but divorced in 1995. She formed her own independent record label called Destiny Joy Records. 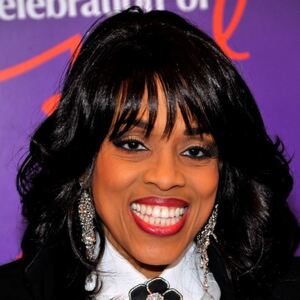