From 2014 to 2016 she had a recurring role as Valeria on the television series Jane the Virgin. Merrell appeared in the film The Standoff in 2016 and has appeared in episodes of the TV series Faking It and Hyperlinked. Starting in 2016 she hosted the reality TV series Food Truck Fanatics. She is a YouTube star and has more than 1.7 million subscribers and 260 million views on her YouTube channel Merrell Twins which includes song covers, music videos, comedy sketches, and more. Vanessa and Veronica appeared in several children's videos when they were between the ages of eight and 12. 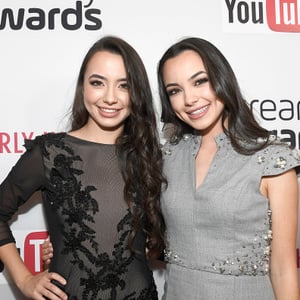