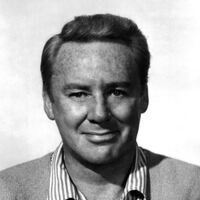 Van Johnson net worth: Van Johnson was an American actor, singer, and dancer who had a net worth of $20 million at the time of his death. Van Johnson was born in Newport, Rhode Island in August 1916 and passed away in December 2008. He was a huge star for Metro-Goldwyn-Mayer during World War II and after. He was the average boy next door with red hair and freckles. Johnson had more than 120 acting credits to his name. He appeared in many films including The Human Comedy, Madame Curie, Two Girls and a Sailor, The White Cliffs of Dover, Thirty Seconds Over Tokyo, Week-End at the Waldorf, East to Wed, The Romance of Rosy Ridge, Scene of the Crime, In the Good Old Summertime, Battleground, When in Rome, Siege at Red River, Brigadoon, The Last Time I Saw Paris, Miracle in the Rain, The Last Blitzkrieg, Yours, Mine and Ours, The Purpose Rose of Cairo, A Guy Named Joe, The Human Comedy, and more. He was awarded a star on the Hollywood Walk of Fame in 1960 at 6600 Hollywood Blvd. Val Johnson passed away on December 12, 2008 at 92 years old.