Udit Narayan Net Worth: Udit Narayan is a Nepal playback singer who has a net worth of $20 million. Udit Narayan was born in Bhardaha, Saptari District, Nepal in December 1955. As a playback singer he is a singer that is pre-recorded for movies and is included on soundtracks and lip-synched over actors who do not actually sing on screen. Udit has been featured in many Nepali and Hindi movies. He has won five Filmware Awards and three National Film Awards. Narayan has been awarded the Prabal Gorkha Dakshin Bahu by the late King of Nepal Birendra Bir Bikram Shah Dev in 2001. He was also awarded the Padma Shri by the Government of India in 2009. He has collaborated with musical directors including Laxmikant Pyarelal, Anand-Milind, Nadeem-Shravan, Anu Malik, Jatin Lalit, Himesh Reshammiya, A. R. Rahman, and Viju Shah. He has appeared in the reality shows Indian Idol 3, Waar Pariwaar, and Jo Jeeta Wohi Super Star. His first film in which he sung all of the songs and appeared as an actor was Kusume Rumal. Narayan has won many awards and has been featured in multiple films. 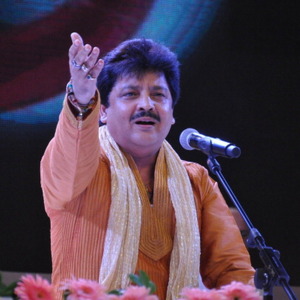