Tyler Hilton Net Worth: Tyler Hilton is an American singer/songwriter and actor who has a net worth of $1.5 million dollars. Born November 22, 1983, in Palm Springs, California, he is an indie rock artist with a contemporary edge who began his musical career in 2000. His sound and musicianship has been compared to Howie Day and Elton John.

Hilton also ventured into acting, guest starring on The CW's One Tree Hill as the talented but arrogant Chris Keller. He played the role of Elvis Presley in the Johnny Cash biopic Walk the Line. Hilton taught himself Elvis songs at an early age. After a brief stint in Northern California, his family moved back to the Palm Springs area, where Hilton wrote his first song about a girl named Rhian, a girl he knew from high school. When his family moved to Coachella Valley during his high school years, Hilton started a band with some of his classmates. He later began going to open mic nights and local coffee shops to play his own music. At the age of 16, Hilton called a local radio station in Los Angeles that was giving away Jonny Lang concert tickets and, while on the phone with DJs Mark & Brian (of The Mark & Brian radio show), he sang Jonny Lang's song Breakin' Me a cappella. The DJs were so impressed with his talent that they gave him a spot at the radio station's Christmas concert. Word of the performance reached Maverick Records (owned by Warner Bros. Records), who signed Hilton to a record deal at the age of 18. He also appeared in Taylor Swift's music video for Teardrops on My Guitar as Swift's love interest. 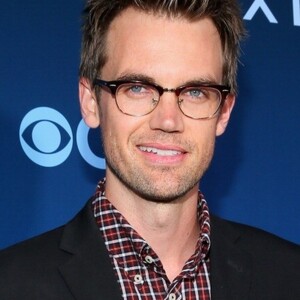