What is Trisha Yearwood's Net Worth?

Trisha Yearwood is a country singer and actress who has a net worth of $400 million.That is a combined net worth with her husband, fellow country singer Garth Brooks. The majority of their combined fortune ($300 – $350 million) is attributable to Garth.

Although Trisha Yearwood made her name in the music industry, she has since become a major figure in almost every facet of the entertainment industry, including television and books. She has sold more than 15 million records worldwide over the course of a career that has earned her three Grammys and many other awards. In addition, she has been recognized with an Emmy Award after emerging as a successful celebrity chef with her own cooking show.

Patricia Lynn Yearwood was born on September 19th of 1964 in Monticello, Georgia. Raised by a banker and a schoolteacher, Trisha became passionate about country music from an early age. She was soon participating in community-organized talent shows, musicals, church events, and more. After graduating from high school, Trisha Yearwood obtained an associate degree in business from Young Harris College. After a brief spell at the University of Georgia, Yearwood relocated to Tennessee and attended Belmont College, focusing more on the business of music.

Her music business education helped her win an internship at MTM Records, and she was later hired as a full-time employee. Her musical talents were soon discovered by the record company, and Trisha Yearwood ended up recording a demo tape and singing background vocals for various artists. During this period, she met a young Garth Brooks, who promised to help Trisha land a record deal after he broke through. After Brooks gained notoriety as a country singer, Yearwood sang background vocals on his album and toured with him. After seeing her perform on stage, producer Tony Brown gave her a record deal.

Trisha Yearwood experienced immediate success with her musical career. Her self-titled debut album released in 1991, and it contained the smash hit "She's in Love with the Boy." The single reached the number one spot on the Country charts, elevating Yearwood to instant fame. After selling over a million copies, her debut album eventually reached double-platinum status. This made Yearwood the first female country singer to ever sell one million copies of her first album.

In 1992, Yearwood drew upon the emotional pain she felt from her first divorce to create Hearts in Armor, her second album. Critics praised the album, calling it one of the greatest heartbreak country albums of all time. Hearts in Armor also performed well commercially, reaching platinum status.

Yearwood's third album came in 1993 with The Song Remembers When. Numerous country stars collaborated on her third album, including Willie Nelson. She followed up with a more contemporary sound in 1995 with Thinkin' About You. This album would help Trisha Yearwood win her first Grammy, as it contained the duet "I Fall to Pieces" with Aaron Neville. The track won a Grammy for Best Country Collaboration with Vocals.

In 1996, Yearwood released Everybody Knows, although the album didn't receive the same positive reception as before. However, she bounced back with a greatest hits collection in 1997 that reached the top spot on the country charts. It eventually became her best-selling album, reaching quadruple platinum status. Over the next few years, Yearwood released two more albums that were mostly well-received by critics.

In 2005, she released Jasper County, her first album containing new material in four years. Hot on the heels of her new romance with Garth Brooks, this album featured a more soulful sound, representing a new direction for Yearwood. After releasing another critically acclaimed album in 2007, Yearwood put her musical career on hold while she pursued new opportunities as a celebrity chef.

In 2018, Yearwood released Let's Be Frank, a collection of Frank Sinatra's songs that she had recorded. In 2019, she released Every Girl, which was once again positively received by critics. 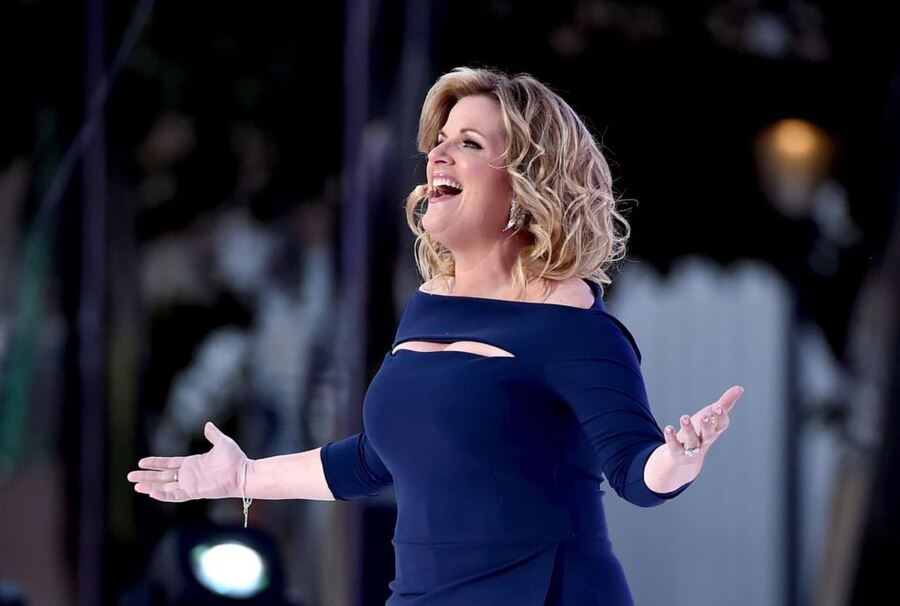 After gaining success with her debut album, Trisha Yearwood partnered with Revlon to promote their WildHeart fragrance. Yearwood also established herself as a celebrity chef back in 2008 with the cookbook Georgia Cooking in an Oklahoma Kitchen, a book that eventually took the top spot on the New York Times bestseller's list. The book was a collaboration with her mother and sister. She and her family members eventually released another equally successful cookbook.

In 2012, Trisha Yearwood started hosting Trisha's Southern Kitchen, a cooking show that premiered on the Food Network. Trisha Yearwood has continued to host the show over the years, winning a Daytime Emmy for her efforts. Audiences have reacted positively to Yearwood's show, saying that they enjoy seeing a different side of the famous country star.

Trisha Yearwood's first marriage was to Chris Latham in 1987. Four years later, the marriage ended in divorce. Yearwood's second marriage was to bassist Bobby Reynolds. The pair lived in Tennessee together for five years, but divorced in 1999.

After her 1991 divorce, Trisha Yearwood purchased a home in Nashville for $432,000. In 2014, it was reported that she was selling the 6,500-square-foot home, and she listed the property for $2.2 million. The 5-bedroom, 6-bathroom house sits on 4 acres of land and includes a swimming pool.

In 2008, Trisha Yearwood and Garth Brooks purchased a home in Malibu for just under $5 million. In 2016, it was reported that she and her husband had successfully sold the property for $7 million. The property features half an acre of land, including private beach access. It's located in the neighborhood of Paradise Cove, a gated community. 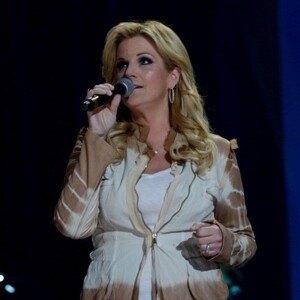