Trini Lopez Net Worth: Trini Lopez is an American singer, guitarist, and actor who has a net worth of $5 million. Trini Lopez was born in Dallas, Texas in May 1937. At 15 years old Trini formed his first band. Buddy Holly recommended that Lopez and his group The Big Beats go to producer Normal Petty in New Mexico.

Petty signed the band to Columbia Records. Lopez left the group to go single and released his debut album Trini Lopez at PJ's in 1963. Lopez would go on to release over 30 albums. He has had many singles chart in the US and the UK including "If I Had a Hammer", "Kansas City", "Michael", "Lemon Tree (Will Holt song)", "Are You Sincere", "Sinner Man", "I'm Comin' Home, Cindy", "La Bamba Pt. 1", "Gonna Get Along Without Ya Now", "The Bramble Bush", "Malaguena Salerosa", and "Come A Little Bit Closer". "If I Had a Hammer" off his first album hit #1 in 36 different countries. In 1964 Lopez was asked to design a guitar for Gibson Guitar Corporation. In addition to singing Lopez also acted starring in the films The Dirty Dozen, The Phynx, and Antonio. He also appeared in episodes of the TV series Adam-12 and The Hardy Boys/Nancy Drew Mysteries. 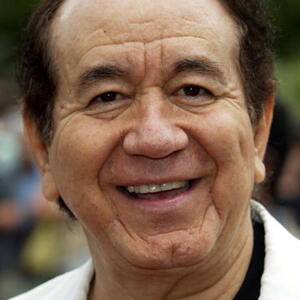