Trace Cyrus net worth: Trace Cyrus is an American musician who has a net worth of $2 million dollars. Born in Ashland, Kentucky, Trace Cyrus is the son of Leticia Finley Cyrus, and the adopted son of her second husband, Billy Ray Cyrus.

A singer/songwriter and guitarist, he often toured with Billy Ray Cyrus, playing backup in his band. He dropped out of high school in 2006, and started the rock band, Metro Station, with Mason Musso. Metro Station signed with Columbia Records and toured as part of the "Soundtrack of Your Summer" Tour in 2008, as well as appearing on "Total Request Live". However, the duo was not able to capitalize on their early success, and broke up in 2010. He subsequently formed the group, Ashland HIGH, and is currently writing songs and self-producing their first album. He still tours with Billy Ray Cyrus, and was also featured on younger sister, Miley Cyrus' album, "Breakout". 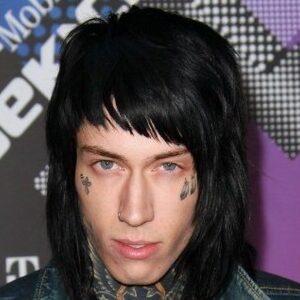