Trace Adkins net worth: Trace Adkins is an American country music artist and actor who has a net worth of $19 million. Trace Adkins is known for his soul-stirring baritone and distinctive lyrics. Trace has enjoyed a fruitful music career that saw the release of eleven studio albums, all of which but one have received gold or platinum certification in the United States.

Ever since his debut album Dreamin' Out Loud (1996), Adkins has rendered a string of smash hits, including (This Ain't) No Thinkin' Thing (1996), Days Like This (2011), and the catchy Honky Tonk Badonkadonk (2005). Aside from his personal setbacks, which are touched upon in his autobiography titled A Personal Stand: Observations and Opinions from a Free-Thinking Roughneck (2007), Adkins remained firmly grounded throughout his music career. In addition to ruling the country music stage, he has also made several appearances on TV, as a panelist on the game shows Hollywood Squares and Pyramid, as a 2008 finalist and as the 2013 winner on The Celebrity Apprentice, then as the voice for recurring character Elvin on King of the Hill, as well as a voice-over actor in television commercial for the KFC fast food restaurant chain. What's more, he has starred in numerous films, including The Lincoln Lawyer. 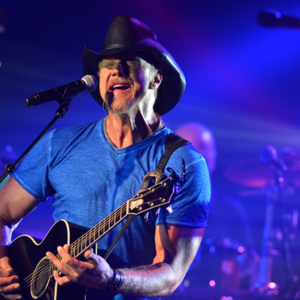