Toyah Willcox Net Worth: Toyah Willcox is an English singer and actress who has a net worth of $15 million. Toyah Willcox was born in Kings Heath, Birmingham, England in May 1958. Willcox fronted the band Toyah from 1977 to 1983 before going solo. Toyah released five studio and two live albums.

Willcox released 15 solo studio albums from 1979 to 2008. Her 1981 album Anthem peaked at #2 in the UK and #20 in Norway and was certified Gold in the United Kingdom. Her most popular solo singles include "It's a Mystery", "I Want to Be Free", and "Thunder in the Mountains". As an actress Willcox debuted in 1976 in the TV series Second City Firsts. She starred in the 1980 TV series A Question of Guilt as Alice Fulcher. She later starred as Dog in the TV series The Ink Thief in 1994. From 1999 to 2000 she played the role of Aunt Boomerang in the series Barmy Aunt Boomerang. From 1997 to 2001 Willcox provided voice work for the TV series Teletubbies. She has also starred in the movies Jubilee, The Corn is Green, The Tempest, Quadrophenia, and Anchoress. Willcox also authored the books Living Out Loud in 2000 and Diary of a Facelift in 2005. 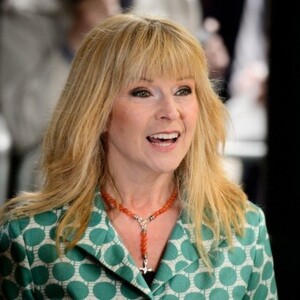