How much is Tove Lo Worth?

Tove Lo net worth: Tove Lo is a Swedish singer and songwriter who has a net worth of $9 million. Tove Lo was born in Stockholm, Sweden in October 1987. Also known as Ebba Tove Elsa Nilsson, she first worked as a songwriter for artists such as Girls Aloud and Icona pop. She was also in a band with Caroline Hjert from Icona Pop.

Tove Lo's debut studio album Queen of the Clouds was released in 2014. The album went Gold in Sweden and reached #6 on the charts in her home country. It reached the Top 20 in Canada, Norway, and the US. Her EP Truth Serum was also released in 2014 and it reached #8 in Norway and #13 in Sweden. Her best known single "Habits"/"Stay High" was certified 3x Platinum in Sweden and reached #3 in Australia, Belgium, Canada, New Zealand, Switzerland, and the US as well as #2 in France. Tove Lo was also featured on the 2014 single "Heroes (We Could Be)" by Alesso which was certified 2x Platinum in Sweden and reached #5 on the Swedish charts. Tove Lo has also written songs for Victoria Justice, Cher Lloyd, Ellie Goulding, and Hilary Duff among many others.

Real Estate: In January 2020 Tove Lo spent $4 million on a home in the Hollywood Hills above Los Angeles. 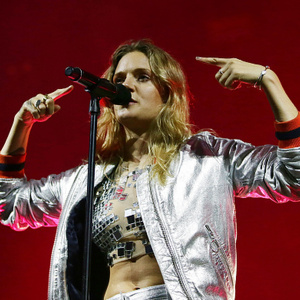