BBC News once called Tose the "Elvis Presley of the Balkans". His musical talent was discovered at 12 years old and he performed at the children's festival Golden Nightingale. In 1996 he was part of the teenage music festival Melfest. Proeski's debut studio album Nekade Vo Nokta was released in 1999. He released seven albums and five more were released posthumously. Proeski's songs charted in Macedonia, Serbia & Montenegro, Croatia, Bosnia & Herzegovina, Turkey, and South Africa. He had #15 singles that reached #1 in at least one of those countries. Tose also starred in the 2004 film Kako Ubiv Svetec Tose and in episodes of the TV series Nad Lipm and Zabranjena Ljubav. Tose Proeski passed away on October 16, 2007 at the age of 26 in a car accident. 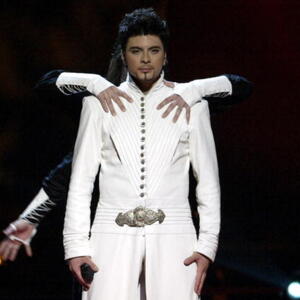