Tori Kelly net worth: Tori Kelly is an American singer and songwriter who has a net worth of $3 million. Tori Kelly was born in Wildomar, California in December 1992. She gained fame after posting YouTube videos at 14 years old. Kelly released the EP's Handmade Songs by Tori Kelly in 2012 and Foreword in 2013.

Handmade Songs by Tori Kelly peaked at #9 on the US Heatseekers charts while Foreword reached #16 on the Billboard 200 chart and also reached #26 in New Zealand. Her most successful single is "Nobody" Love which charted in the US, Australia, Canada, and New Zealand in 2015. Kelly was also featured on the single "Lullaby" by Professor Green which reached #4 in Scotland and the UK. Her debut studio album Unbreakable Smile will be released in June 2015. She appeared on the television series Star Search and then America's Most Talented Kids. Her cover of Frank Ocean's "Thinkin Bout You" has more than 20 million views on YouTube. Kelly competed on Season 9 of American Idol but did not make the Top 24. Her videos have almost 90 million views total and she has over 1 million subscribers on YouTube. 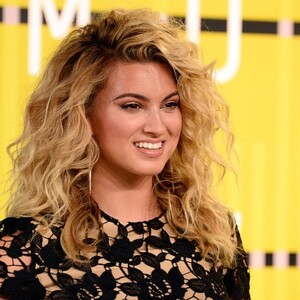