What is Tori Amos's Net Worth?

Tori Amos is a singer-songwriter and musician who has a net worth of $60 million. Tori Amos began her career as the lead singer of the 80s pop group Y Kant Tori Read. Following this, she broke out as a solo artist in the early 90s with such hit singles as "Crucify," "Silent All These Years," and "God." Amos has received multiple Grammy and MTV VMA nominations for her music.

Tori Amos was born on August 22, 1963 in Newton, North Carolina as the third child of Edison and Mary. When she was two, the family moved to Baltimore, Maryland, where her father brought his Methodist ministry from Washington, DC. While her brother and sister both took piano lessons, Amos didn't need them, as she taught herself how to play from the moment she could reach the keys. By the age of three, she was beginning to compose her own songs. At five, she became the youngest person ever to be admitted to the Peabody Institute at Johns Hopkins University, in the preparatory division of the Conservatory of Music. She studied classical piano at Peabody from 1968 to 1974, when her scholarship was terminated for what was deemed "insubordination." At the age of 13, Amos started playing at piano bars and gay bars. She won a teen talent contest in 1977, and co-wrote a song with her brother while attending Richard Montgomery High School.

By the age of 17, Amos had compiled many homemade demo tapes her father regularly sent out to record producers and companies. Eventually, she was contacted by Atlantic Records, and was signed to the label. Amos subsequently moved to Los Angeles in 1984 to pursue her career in music.

Solo Career in the 90s

Amos released her debut solo album, "Little Earthquakes," in early 1992. Focused on her religious upbringing and sexual awakening, the album became her artistic and commercial breakthrough, debuting at number 15 on the UK charts and making it into the top 60 in the US. Moreover, it spawned the hit singles "Crucify," "Silent All These Years," "China," and "Winter." Amos released her second album, "Under the Pink," in 1994. An even greater success, it peaked at number 12 on the Billboard 200 and debuted at number one in the UK.

In 1996, Amos released her third solo album, "Boys for Pele," which was recorded in an Irish church with instruments including a harmonium, harpsichord, and clavichord. Despite mixed reviews from critics, it did well commercially, peaking at number two in both the US and UK. After having her Cornwall barn converted into a cutting-edge recording studio, Amos released the album "From the Choirgirl Hotel" in 1998. It spawned the hit singles "Spark," "Jackie's Strength," and "Raspberry Swirl," and earned Amos two Grammy Award nominations. The next year saw the release of "To Venus and Back," a two-disc album set containing both a studio album and a live album. It launched the singles "Bliss," "1000 Oceans," and "Concertina." 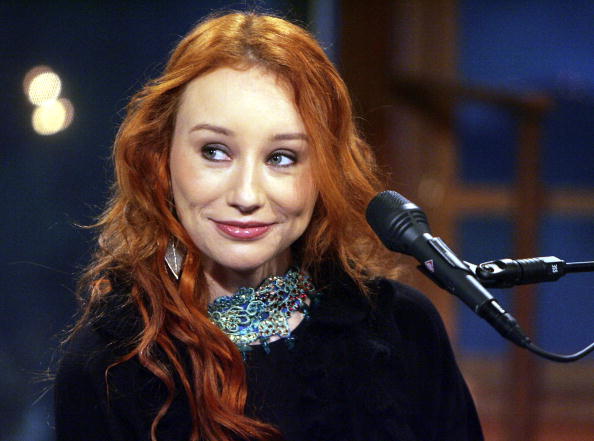 Solo Career in the 00s

Amos released her first concept album, "Strange Little Girls," in 2001. On the album, Amos reinterprets songs written by men from a female point of view. Following this, she signed to Epic Records and released another concept album called "Scarlet's Walk," which follows Amos's titular alter-ego. The songs focus on such topics as masochism, misogyny, Native American history, and homophobia. "Scarlet's Walk" was a success, debuting at number seven on the Billboard 200 and becoming certified Gold by the RIAA. Amos went on to release the studio albums "The Beekeeper" in 2005 and "American Doll Posse" in 2007; both debuted at number five on the Billboard 200.

Due to financial and creative disagreements with Epic Records, Amos negotiated an end to her contract with the label. She subsequently signed a joint venture deal with Universal Republic Records, and released "Abnormally Attracted to Sin" in 2009. Later in the year, she released her first seasonal album, "Midwinter Graces," featuring reworked versions of traditional carols as well as original compositions.

In 2011, Amos released her first classical-style album, "Night of Hunters," which pays tribute to such composers as Bach, Schubert, Satie, and Debussy. Her subsequent albums include 2012's "Gold Dust," 2014's "Unrepentant Geraldines," 2017's "Native Invader," and 2021's "Ocean to Ocean." The latter album was written and recorded during COVID lockdown, and features Matt Chamberlain and Jon Evans on drums and bass guitar, respectively.

In February of 1998, Amos wed English sound engineer Mark Hawley; together, they have a daughter. The two split their time between Sewall's Point in Florida and Bude in Cornwall. Amos is long-time friends with author Neil Gaiman, who is her daughter's godfather.

Due to her experience of being raped at the age of 22, Amos is heavily involved in the Rape, Abuse & Incest National Network. In 1994, she made the ceremonial first call to launch the group's toll-free help line. She also became the organization's first national spokesperson. 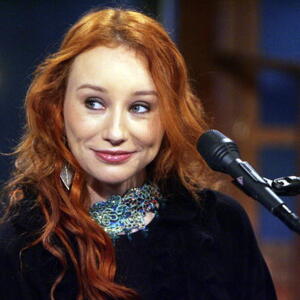