Tony Hadley net worth: Tony Hadley is an English pop singer-songwriter and actor who has a net worth of $10 million dollars. Born in Islington, London, England on June 2, 1960, Tony Hadley is best known for being the lead vocalist for the 1980s band, Spandau Ballet. Many recognize him for his smooth crooner voice and soulful style.

He has been active in the entertainment industry since 1979 and has been affiliated with powerhouses such as SlipStream Records, PolyGram, EMI, CBS, Sony BMG, and Chrysalis Records. Hadley released his first solo album, The State of Play, in 1992 after the disbanding of Spandau Ballet and formed his own record label, SlipStream Records. Hadley has since collaborated with artists such as Alice Cooper, Brian May, Jon Anderson, Paul Young, and more. In 2007 he entertained a role in the musical Chicago at Cambridge Theatre. Hadley has also worked and been affiliated with Virgin Radio, Pinoy Dream Academy, RocKwiz, and the BBC series Down to Earth. He was previously married to Leonie Lawson and has five children by the names of Thomas, Mackenzie, Toni, Zara, and Genevieve. He currently lives in Cotswolds and is part of the UK Huntington's Disease Association. He is also said to be a supporter of the Conservative Party. Throughout his solo career he has released three studio albums, one live album, two compilation albums, and one book. 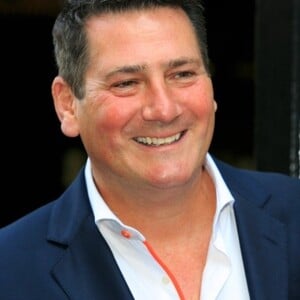