Toni Basil net worth: Toni Basil is an American singer-songwriter, actress, director, filmmaker, dancer, and choreographer who has a net worth of $5 million. Toni Basil was born in Philadelphia, Pennsylvania in September 1943. She is perhaps best known for her #1 hit single "Mickey" in 1982. Basil has starred in several movies including Pajama Party, Village of the Giants, Sweet Charity, Easy Rider, Myra Breckinridge, Five Easy Pieces, Won Ton Ton, the Dog Who Saved Hollywood, Slaughterhouse Rock, Pacific Palisades, and Catchfire. Her debut studio album Word of Mouth was released in 1981 and reached #15 in the UK and #22 in the US. She released her self-titled follow up album in 1983. Her single "Mickey" reached #1 on the Billboard Hot 100 chart as well as in Australia and Canada. Basil was nominated for a Grammy Award in 1984 for Best Video Album and for a Primetime Emmy Award in 1988 for Outstanding Achievement in Choreography for The Smothers Brothers Comedy Hour. In 1997 she won an American Choreography Award for Outstanding Achievement in Television – Episodic for Pearl. 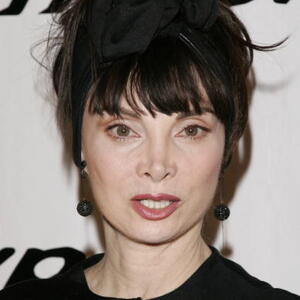