How much is Tommy DeVito Worth?

Tommy DeVito net worth: Tommy DeVito was an American musician and actor who had a net worth of $20 million dollars at the time of his death. Tommy was best-known for being a member of the doo-wop group "The Four Seasons". The group's story would later be adapted as the basis of the musical "Jersey Boys" and a film of the same name. Tommy DeVito died on September 21, 2020 at the age of 92 in Las Vegas, Nevada. He reportedly died after contracting COVID-19.

Tommy DeVito was born in Belleville, New Jersey on June 19, 1928. He was the youngest of nine children. He taught himself to play guitar at the age of 8 and by the time he was 12 was playing for tips at local bars. Tommy began his professional music career in the early 50s. He formed a trio with his brother and a family friend. After several name changes, and the addition of a fourth member named, Francis Castelluccio, a.k.a. Frankie Valli, the group became known as the Four Lovers. They began recording as the Four Lovers, releasing several singles and a full-length album. Nick and Hank subsequently left the group, and for the next few years, a revolving series of musicians would perform with them.

In 1956, they made their first television appearance on "The Ed Sullivan Show". In 1960, the group finally solidified with DeVito, Valli, Bob Gaudio, and Nick Massi. This quartet became known as The Four Seasons and released several hits over the course of the next few years. They were inducted into the Rock and Roll Hall of Fame in 1990 and the Vocal Group Hall of Fame in 1999. Their story formed the basis of the hit Tony-winning Broadway musical, "Jersey Boys", and the movie musical adaptation of the same name. 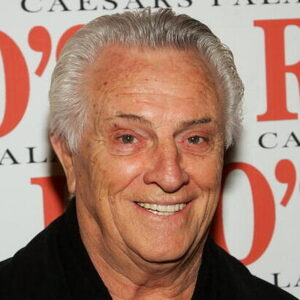