Tom Waits net worth: Tom Waits is an American singer-songwriter and actor who has a net worth of $25 million dollars. Born in Pomona, California, Tom Waits taught himself piano and played with the band The Systems during high school. He performed in various clubs all over Los Angeles, and recorded his first tracks under the Bizarre/Straight Label in the early 70s.

He was signed to Asylum Records in 1972 and released his first album, "Closing Time" in 1973. Though the album was not commercially successful, multiple well-known artists covered tracks from it, and by the mid-70s he was touring, opening for such artists as Frank Zappa and Martha and the Vandellas. He broke into the mainstream with the 1979 release of "Small Change". He has released 22 albums, been nominated for three Grammy Awards and won two, and was also nominated for an Oscar for his score for the film, "One from the Heart". He is also an actor, and has appeared in such films as "The Outsiders", "The Cotton Club", "Bram Stoker's Dracula", and "The Book of Eli". 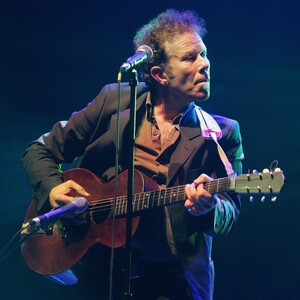