Tom Fletcher net worth: Tom Fletcher is an English singer-songwriter, guitarist, and children's author who has a net worth of $5 million. Tom Fletcher was born in Harrow, London, England in July 1985. He is a lead vocalist and guitar player for the pop band McFly. As a professional songwriter he has written ten #1 singles in the UK and 20 Top 10 singles. He has written for artists including One Direction, The Vamps, Busted, and 5 Seconds of Summer. The band McFly formed in 2003 and released their debut studio album Room on the 3rd Floor in 2004. That album reached #1 in the UK and was certified 2x Platinum. Their second album Wonderland was released in 2005 and also reached #1 in the UK. McFly's third album Motion in the Ocean was released in 2006 and their fourth album Radio:ACTIVE was released in 2008. Both of those albums reached the Top 10 in the UK. McFly has had #1 singles in the UK with the songs "5 Colours In Her Hair", "Obviously", "All About You", "I'll Be OK", "Don't Stop Me Now", "Please, Please", "Star Girl", "Baby's Coming Back", and "Transylvania". Fletcher's first book The Dinosaur that Pooped Christmas was released in 2012. 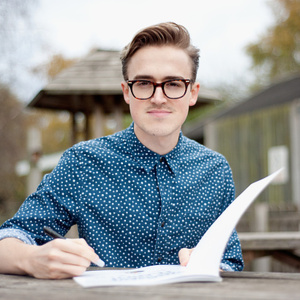