Tom Dice Net Worth: Tom Dice is a Belgian singer-songwriter who has a net worth of $1 million dollars. Tom Dice was born in Eeklo, Belgium in November 1989. He started playing guitar as a child and started writing songs in his teens. At 15 he joined the band The Dice.

Dice entered the Flemish X Factor in 2008 and finished runner-up. He then signed with the label SonicAngel and his first single was a cover of Leona Lewis' song "Bleeding Love" in 2009. The song reached #7 on the Flemish singles chart and he was nominated for Best New Artist at the 2009 TMF Awards. In 2009 he was chosen to represent Belgium at the Eurovision Song Contest 2010 in Norway. He sang the song "Me and My Guitar" which went to #1 in Belgium. He ended up placing in 6th in the contest. Dice's debut studio album Teardrops was released in 2010. The album was certified Gold in Belgium and hit #1 on the charts. It also contained the singles "Lucy" and "A Thousand Years". His second studio album Heart for Sale was released in 2012. Dice also had a #1 single "Il nous faut", a duet with Elisa Tovati on her album Le syndrome de Peter Pan. He was also featured on the 2011 single "Sunlight" by DJ Antoine. 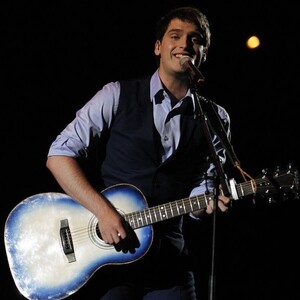