Toby Mac net worth: Toby Mac is an American Christian hip hop artist, songwriter, music producer, and author who has a net worth of $4 million. Toby Mac was born in Fairfax, Virginia in October 1964. Before becoming a solo artist he was a member of the group DC Talk. DC Talk formed in 1987 and released their self-titled debut studio album in 1989. 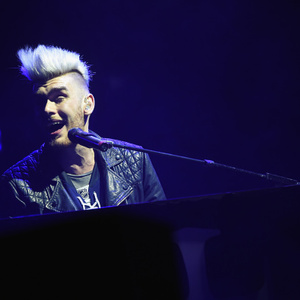