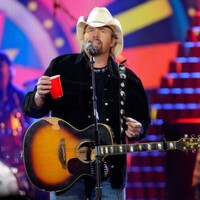 What is Toby Keith's Net Worth?

Toby Keith is an American country singer, songwriter, actor, and record producer who has a net worth of $365 million. Toby is one of the most successful country musicians of the last few decades. He is also a highly successful entrepreneur.

Toby Keith Covel was born July 8, 1961, in Clinton, Oklahoma. He is one of three children (1 girl and 2 boys) of Carolyn and Hubert Covel. As a kid, even visited his grandmother in the summers. She owned a Supper Club in Fort Smith, Arkansas. Toby was fascinated with the musicians who played in the supper club. He got his first guitar at age 8, did odd jobs around his grandma's club, and eventually got up on stage to play with the house band.

Toby and his siblings grew up in Moore, Oklahoma and Fort Smith, Arkansas. He was the defensive end on the Moore High School football team. After graduating from high school, he worked in the oil fields as a derrick. Over time, he worked his way up to operations manager.

At 20, Toby formed the Easy Mony Band with a number of friends. The band played at local bars and Toby continued to work in the oil fields as well.  He was laid off in 1982 when the oil industry his rough times. Toby then played defensive end for the semi-pro football team the Oklahoma City Drillers. A couple of years later, Easy Money found some regional success and started playing in honky-tonks in Texas and Oklahoma.

Toby went to Nashville in the early 1990s and busked on the city's infamous Music Row. He gave out copies of his demo tape to the city's many record companies. There was no interest in his demo, so he went back to Oklahoma. He had promised himself he'd have a recording contract by the time he was 30 or turn his career aspirations elsewhere. Then, as luck would have it, a fan of the Easy Money Band who was a flight attendant gave his demo tape to an executive from Mercury Records on a flight she was working. The executive loved Toby's sound and signed him to a recording contract.

Keith released his first four studio albums — 1993's "Toby Keith," 1994's "Boomtown," 1996's "Blue Moon," and 1997's "Dream Walkin',"  for various divisions of Mercury Records before leaving Mercury in 1998. These albums all produced several top ten singles. Keith signed to DreamWorks Records Nashville in 1998 and released his breakthrough single "How Do You Like Me Now?!" in late 1999. This song, the title track to his 1999 album of the same name, was the number one country song of 2000, and one of several chart-toppers during his tenure on DreamWorks Nashville. His next three albums, "Pull My Chain," "Unleashed," and "Shock'n Y'all," produced three more number ones each, and all of the albums were certified four times Platinum. 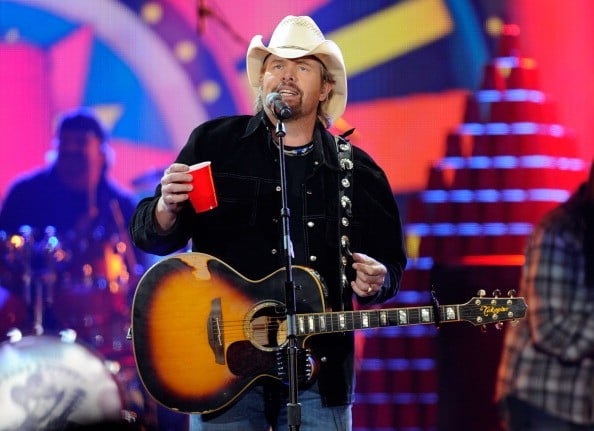 In 2004  Toby purchased a 10% stake in Big Machine for $400,000. That investment may have been a gamble at the time, but it paid off big time. Big Machine went on to sign Tim McGraw, Rascal Flatts, and Taylor Swift. To this day, every time any of Big Machine's artists get paid so does Toby Keith.

Shortly after founding his record labels, Toby was approached by a Las Vegas casino owner named Don Marrandino with a proposition. Marrandino wanted to put a Toby Keith-themed restaurant inside his casino and call it the "I Love This Bar and Grill."  By the end of 2004, it was one of the top 50 grossing restaurants in the United States.

For most people this would be enough. But not Toby Keith. After hearing that his friend Sammy Hagar sold his Cabo Wabo tequila company for $80 million in 2007, Toby decided it was time to get into the booze business. He considered starting a Bourbon or vodka brand. Bourbon turned out to be difficult to produce at scale and the vodka market seemed extremely saturated. So, he settled on Mezcal. Toby found a distributor and began sampling the various family-run mezcal distilleries. "Wild Shot" mezcal was launched in March 2011. By the end of the year, Wild Shot was the number one premium mezcal in the United States. The liquor arm of Toby's empire was the final part of a growing empire. An empire that earns him an estimated $60 – $100 million per year.

On March 24, 2001, Keith's father was killed in a car accident. The incident, combined with the events of September 11, 2001, prompted Keith to write the controversial "Courtesy of the Red, White, and Blue (The Angry American)," which was hugely popular, particularly among military personnel but caused a rift between Keith and singer Natalie Maines of The Dixie Chicks.

On the philanthropic side of things, Keith filmed a PSA for Little Kids Rock, a national nonprofit that works to restore and revitalize music education in disadvantaged U.S. public schools. Keith supports Ally's House, a non-profit organization in Oklahoma designed to help children with cancer.