Tito Jackson net worth: Tito Jackson is an American singer and guitarist who has a net worth of $2 million. Tito Jackson started building his net worth in 1964 when he joined his two brothers, and formed The Jackson Brothers. Toriano Adaryll Jackson was born in Gary, Indiana in October 1953. He is best known for being part of The Jackson 5 and The Jacksons.

Tito was the third born of ten children. His father caught him playing his guitar when Tito was 10 years old. He formed a group with his brothers Michael, Jermaine, Marlon, and Jackie. They started off as The Jackson Brothers but changed their name to The Jackson Five in 1966. The group signed with Motown Records in 1969 and had several hits. Motown would not let Tito play guitar on recordings and instead used session musicians. Tito managed a group that consisted of his three sons called 3T. He started playing blues as a solo artist in 2003. He was a judge for the BBC competition Just the Two of Us. He was an executive producer for The Jacksons: A Family Dynasty, which was a reality series in 2009. He was married to Delores Martes in 1972 but they divorced in 1993. A year later Martes was murdered by Donald Bohana and found in a swimming pool. Tito Jackson has five grandchildren. 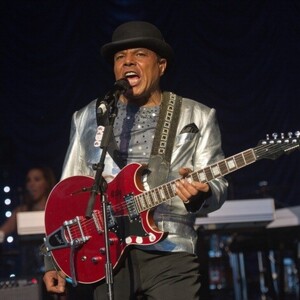