Tito El Bambino Net Worth: Tito El Bambino is a Puerto Rican recording artist who has a net worth of $5 million. Tito El Bambino was born in Puerto Rico in October 1981. He became popular as a part of the musical duo Hector & Tito. The reggaeton duo formed in 1996 and released their debut studio album Violencia Musical in 1998. They went on to release a total of five studio albums until 2005. Their most popular song is "Ay Amor" which featured salsa singer Victor Manuelle. Other popular songs include "Gata Salvaje" featuring Daddy Yankee & Nicky Jam, "Morena/Baila Morena" featuring Glory & Don Omar, and "Amor de Colegio" featuring Dom Omar. The duo split up in 2004. Tito released his debut solo studio album Top of the Line in 2006. The album made it to #1 in Puerto Rico. The album featured Don Omar, Beenie Man, and Daddy Yankee. He has released a total of six studio albums including his 2014 album Alta Jerarquia. Tito has been criticized for supporting SOPA. He won the awards for Latin Song of the Year by the American Society of Composers, Authors, and Publishers for "El Amor" and the Songwriter of the Year at the 2011 ASCAP. 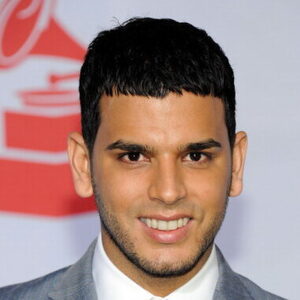