What is Tina Turner's Net Worth?

Tina Turner is an American-born Swiss singer and songwriter who has a net worth of $250 million. Tina is one of the best-selling recording artists of all time. As of this writing she has sold over 200 million records worldwide. She is known for her powerful vocals and career longevity. She has won 12 Grammy Awards including THREE Grammy Hall of Fame awards and a Grammy Lifetime Achievement. Tina retired from performing in 2009. She was inducted into the Rock & Roll Hall of Fame in October 2021.

Tina has lived in Switzerland since the mid-1990s. She received Swiss citizenship in April 2013. In October of 2013 she renounced her US citizenship.

In 2021 Tina sold her music, likeness and image rights to BMG Rights Management for $50 million.

Turner was born Anna Mae Bullock in Brownsville, Tennessee, on November 26, 1939. She was the youngest of the family, and has two older sisters. She grew up in Nutbush, Tennessee, with a brief relocation to Knoxville, Tennessee during World War II. The family returned to Nutbush after the war, and Tina attended Flagg Grove Elementary School. Growing up, she snag in the church choir at Spring Hill Baptist Church in Nutbush.

When Tina was eleven years old, her mother left the family, and her father moved to Detroit after getting remarried. As a result, Tina and her sisters were sent to live with their grandmother in Brownsville, Tennessee. Following her grandmother's death, she moved to live with her mother in St. Louis, Missouri, where she graduated from Sumner High School in 1958. In her teenage years, she worked as a domestic worker, and also as a nurse's aide at Barnes-Jewish Hospital.

It was when Tina and her sister began frequenting St. Louis nightclubs that she first saw Ike Turner perform with his band, the Kings of Rhythm. Eventually, she impressed Ike with her singing skills enough that she became a featured vocalist with the band. In 1960, Ike wrote the song "A Fool in Love" for singer Art Lassiter. Tina was supposed to sing background vocals, but after Lassiter failed to show up, Ike had her sing the lead part instead, since he had already paid for the studio time. He originally intended to use the track with her vocals just as a demo, but he was convinced by local DJ Dave Dixon to send the record to the president of R&B label Sue Records, Juggy Murray. Murray was impressed and bought the track, paying Ike a $25,000 advance for the rights to the song. As a result, Ike gave Tina the stage name "Tina Turner," and trademarked the name.

Tina's music career officially launched with the release of "A Fool in Love" in July 1960, credited to the duo Ike & Tina Turner. It was an instant hit, peaking at No. 2 on the Hot R&B Sides chart and No. 27 on the Billboard Hot 100. Together Ike and Tina released another single in 1961, "It's Gonna Work Out Fine," which was nominated for a Grammy Award for Best Rock and Roll Performance. Other notable releases from them between 1960 and 1962 include "I Idolize You," "Poor Fool" and "Tra La La." Ike put together the ensemble the Ike & Tina Turner Revue, which combined the Kings of Rhythm and a girl group called the Ikettes with him as the bandleader, and they toured around the country.

Tina's first credited single as a solo artist was the song "Too many Ties That Bind/We Need an Understanding" (1964), released by Ike's label Sonja Records. Once their time at Sue Records was up, the duo would go on to sign with over ten labels, including Kent, Cenco, Tangerine, Pompeii, A&M and Minit. They signed with Warner Bros. subsidiary Loma Records in 1964. 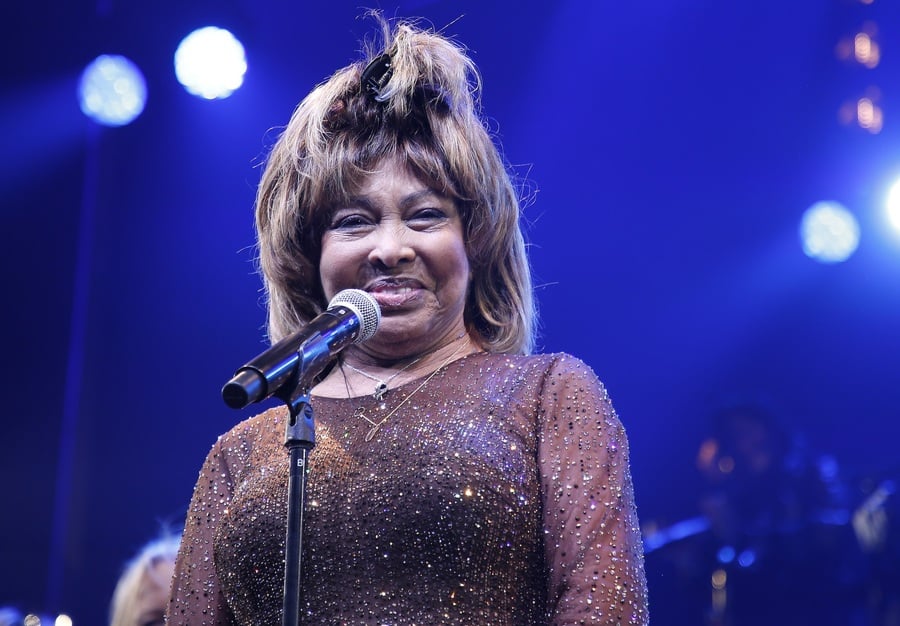 Their big breakthrough came when producer Phil Spector invited them to appear in the concert film "The Big T.N.T. Show" (1966). Spector was so impressed by them, he offered them a deal to work together. Thus, the song "River Deep – Mountain High" (1966) was released on Spector's label, Philles. They continued on to enjoy global success, releasing multiple hit singles, including their 1971 cover of "Proud Mary," which won a Grammy for Best R&B Performance by a Duo or Group. They also released several Grammy nominated albums, like "Tina Turns the Country On!" (1974) and "The Gospel According to Ike & Tina" (1974). After their marriage and working relationship fell apart in the late 1970s, with Tina eventually filing for divorce in 1978, Tina embarked on a solo career.

Tina's first solo album sold poorly, as well as the one following it. But in 1984 she made her big comeback, releasing the song "What's Love Got To Do With It?" It remains her only No. 1 hit single on any Billboard chart. She went on to release two more successful follow-up singles, "Better Be Good to Me" and "Private Dancer," and ended up winning three different awards at the 27th Annual Grammy Awards.

In October 2021 Tina struck a deal to sell her music, likeness and image rights to BMG Rights Management for $50 million.

As of 2009, Tina has retired from giving live performances. However, she has remained in the public eye with projects like "Tina," a musical based on her life story, which opened in London in April 2018 starring Adrienne Warren. She has also released three books.

Outside of music, Tina has also enjoyed success as an actress. Her first acting role was in the fantasy drama film "Tommy" (1975). She also starred opposite Mel Gibson in the post-apocalyptic film "Mad Max Beyond Thunderdome" (1985), which was a commercial hit that earned more than $36 million in the United States. Her performance in the film was well-received by critics.

In the late 1950s Tina was in a relationship with Raymond Hill, the saxophonist from Kings of Rhythm. At the time she was in high school. Tina became pregnant by Raymond during her senior year of high school. Tina and Hill's son Craig was born in 1958, but the couple had already split by the time the baby arrived.

Tina met German music executive Erwin Bach in 1986. She is sixteen years older than Erwin. Tina and Erwin moved to Switzerland in 1995. Tina in particular had long-ago fell in love with Switzerland's culture and order. As non-citizens, they were not allowed to buy property in the country so they spent the next twenty+ decades renting a large mansion along the banks of Lake Zurich. They married at their mansion in July 2013 after dating for 27 years.

In January of 2013, Tina applied for Swiss citizenship. After passing all of the mandatory tests, she was granted Switzerland citizenship in April 2013. She gave up her American citizenship in October 2013.

After nearly 30 years of renting in Switzerland, after both Erwin and Tina had finally become Swiss citizens in 2021 they finally became property owners. In December 2021 the couple paid an estimated $76 million for a new lakefront mansion along the banks of Lake Zurich.