Tina Sugandh net worth: Tina Sugandh is an Indian American musician and reality television personality who has a net worth of $10 million. Tina Sugandh was born in Mumbai, India but moved to New Jersey at just five months old. She was discovered at 15 and worked on her demo while studying at Rutgers University and performing with her family. Sugandh was signed to Rebellion Entertainment and later to Hollywood Records. Her debut album TablaGirl was released independently in 2009. Her 2008 remix of "Break Me" hit #4 on the Billboard Dance Chart. Sugandh has worked with artists such as Ringo Starr, Fat Joe, and Kelly Ripa. In 2013 she was featured in the Bravo reality TV series documentary Newlyweds: The First Year. 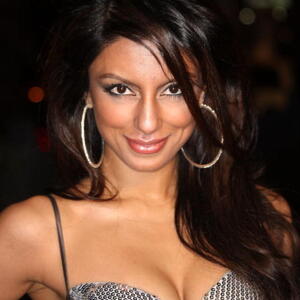