Tina Campbell net worth: Tina Campbell is an American singer and reality television star who has a net worth of $10 million dollars. She is best-known for being half of the popular gospel music duo, Mary Mary, with her sister Erica Campbell.

She was born Trecina Evette Atkins in Inglewood, California on May 1, 1974. Tina began singing gospel music with her sister, Erica, while the two siblings were in elementary school. She and her sister, while not twins grew up quite close. They are the middle children of nine siblings. They both enrolled at El Camino College to study voice, and by the mid-90s were touring with multiple gospel groups and serving as backup singers to various R&B performers, such as Brandy.

After being discovered by producer Warryn Campbell, they secured a songwriting agreement with EMI. This led to numerous tracks for movie soundtracks, and hit songs for other gospel artists. In the late 90s, they formed a performance duo called Mary-Mary. They released their first album in 2000. The album was a massive success, and they have since released several more popular albums and have won three Grammy Awards. The sisters gained additional fame after appearing on the WE TV reality series, "Mary Mary". The show, which premiered on March 29, 2012, and follows the daily careers and lives of both Erica and Tina Campbell.

Last Names: As you may have noticed, both Erica and Tina have the last name "Campbell". This is not a chosen stage name. They both married men with the last name Campbell. Tina is married to drummer/singer Teddy Campbell and Erica married the manager/producer Warryn Campbell. Warren and Teddy are not related in any way! The last name is a pure coincidence. 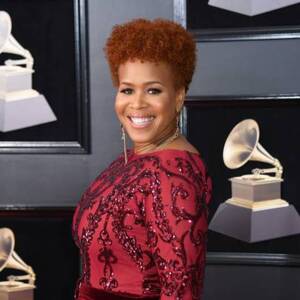