Tina Barrett Net Worth: Tina Barrett is an English dancer, singer-songwriter, and actress who has a net worth of $8 million. Tina Barrett was born in Hammersmith, London, England in September 1976. She studied at London's Arts Educational School and danced in a pantomime with Lionel Blair. Barrett is best known for being a part of the pop group S Club 7.

Barrett is the oldest member of the group. S Club 7 was created by former Spice Girls manager Simon Fuller in 1998. They rose to fame on their own BBC television series Miami 7. The group had four UK #1 singles, a #1 UK album, and many hits. The group recorded four studio albums, had 11 singles, and sold more than 10 million albums worldwide. Their debut studio album S Club was released in 1999 and was certified 2x Platinum by BPI and hit #1 in the UK and New Zealand. Their second studio album 7 in 2000 was BPA 4x Platinum and reached #1 in the UK. Their third album Sunshine in 2001 reached #3 in the UK and was certified 2x Platinum. Their most popular singles include "Bring It All Back", "S Club Party", "Reach", "Never Had a Dream Come True", "Don't Stop Movin", and "Have You Ever". When the group broke up Barrett announced her singles career. 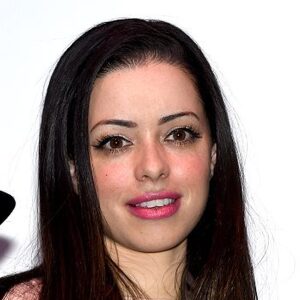