Tim Norman net worth: Tim Norman is an American entrepreneur, musician, and reality television personality who has a net worth of $500 thousand. Tim Norman was born in St. Louis, Missouri and raised by his mother Robbie Montgomery. Norman ran into trouble in his late teens. He ended up serving a ten-year prison sentence for armed robbery.

When he was released from prison Tim made the decision to change his life. He began working for the family business, The Original Sweetie Pie's. As the popularity of the restaurant grew, he began working at Sweetie Pie's at the Mangrove. In 2012, he took over management of Sweetie Pie's at the Mangrove, as his mother opened a new business, The Upper Crust. In addition to his work at Sweetie Pie's, he is also a musician and producer. He is one of the subjects of the Oprah Winfrey Network reality series, "Welcome to Sweetie Pie's", which follows the day-to-day operations of the popular restaurant. Tim Norman is very active in his local community where he helps create jobs for newly paroled and homeless residents and provides food to those in need. He also participates in several youth-oriented organizations such as the Boys & Girls Club, where he works with at-risk youth to help inspire self-confidence and guide them down a positive life path. He has received several state and city awards for assisting his community and for good citizenship. 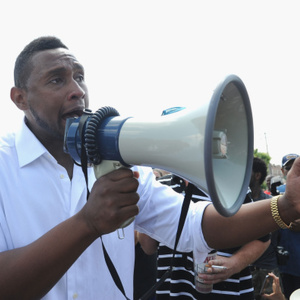