What is Tim McGraw's net worth?

Tim McGraw is a Louisiana-born singer and actor, who has a net worth of $200 million dollars. That is a combined net worth with his wife of 2+ decades, Faith Hill. During his career to date, Tim McGraw has sold more than 80 million records worldwide.

Tim McGraw was born in Louisiana to mother, Betty Ann D'Agostino and father Tug McGraw Jr. His father was a relief pitcher for the New York Mets and the Philadelphia Phillies. Tim grew up believing his stepfather, Horace Smith, was his father. From the time of his mother's marriage until the time he met his biological father, his last name was Smith. At age 11, McGraw discovered his birth certificate while searching his mother's closet and his mother revealed that his biological father was in fact Tug McGraw. She took Tim to meet him for the first time, but sadly for seven years, Tug denied being Tim's father. Tim was 18 years old when Tug first realized how much Tim looked like him at that age, and he acknowledged paternity. They remained close until Tug's death in 2004.

As a child, McGraw loved to play competitive sports, including baseball, even though he did not know his natural father was a professional athlete. He attended Northeast Louisiana University, now the University of Louisiana at Monroe, on a baseball scholarship. During this time also learned how to play the guitar.

McGraw came to the attention of Curb Records in 1990. He was signed to a contract and began putting together singles for a debut album. In 1992, he had his first charting hit with "Welcome to the Club". It was the first single that was to be be featured on his self-titled 1993 debut album. Although the album failed to make much of a dent on the charts, McGraw did have two other minor hits from it in 1993: "Memory Lane" and "Two Steppin Mind." His second album, Not a Moment Too Soon, was much more successful, becoming the best-selling country album in 1994. His third album, All I Want, was released in 1995 and was also a huge success, selling over 2 million copies.

As of this writing, Tim McGraw has released over a dozen studio albums. He had 11 consecutive albums debut at number 1 on the Billboard albums chart and 25 of his singles hit number 1 on the Billboard Hot Country Songs or Country Airplay charts. He has won three Grammy Awards, 14 Academy of Country Music Awards, 11 Country Music Association Awards, 10 American Music Awards and three People's Choice Awards. 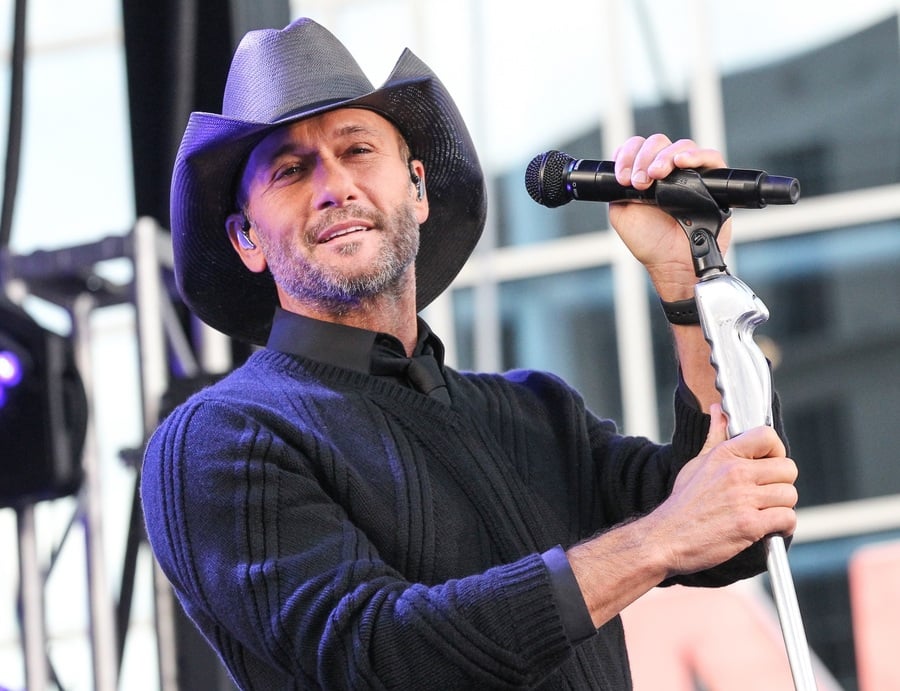 Tim has dipped his toes into the acting world over the years. He was lauded for a supporting role in 2009's The Blind Side. He has made appearances in The Kingdom, Four Christmases, Tomorrowland and the film version of Friday Night Lights.

In 1996 Faith Hill embarked on her Spontaneous Combustion Tour. Tim was a supporting act. At the time Faith was engaged to music producer Scott Hendricks. At some point, Faith and Scott broke up and Tim swooped in. They married in October 1996 after discovering that Faith was pregnant with their child. Today they have three children, all daughters.

Between 2006 and 2007, Tim and Faith embarked on a co-headlining tour called the Soul2Soul II Tour. The tour grossed over $140 million, enough to be the highest-grossing country tour of all time and one of the 20 highest-grossing tours overall in history. The duo won Grammy Awards in 2001 and 2006 for the songs "Let's Make Love," and "Like We Never Loved At All."

For many years, Tim and Faith's primary residence has been an enormous and historic property in Tennessee. The property dates back to 1800 and was at one time owned by country music legend Hank Williams. Faith acquired two parcels in the early 2000, paying $13.75 million in two transactions to piece together a 750+acre property. They sold 131 acres of the property in 2015 for around $3 million. In 2019 they listed the remaining 600+ acres for $20 million, eventually reducing the price to $18 million and then removing it from the market. The property features horse stables, ponds multiple caretaker homes and guest houses plus many other impressive luxuries.

They own at least two other homes in the Nashville area.

In the Bahamas they have owned a 20-acre private island called L'ile d'Agnes since 2003. The main home on the island is actually made up of 8 pavilions that needed significant renovation, so they did not actually visit for a vacation until 2012. 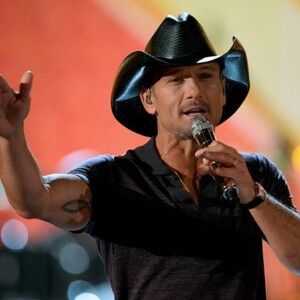