Tim Alexander net worth: Tim Alexander is an American musician who has a net worth of $7 million. Tim Alexander was born in Cherry Point, North Carolina in April 1965. He is best known for being the drummer of the rock band Primus. He is known for his polyrhythmic playing style.

Before joining Primus he played with the band Major Lingo. In 1988 Alexander replaced Jay Lane and played with Primus until 1996. He rejoined the band in 2003 until 2009 when he was replaced by Lane. After leaving Primus he formed the group Laundry. He was the first drummer for the band A Perfect Circle and joined the Blue Man Group. In 2013 it was announced that he would rejoin Primus. Alexander suffered a heart attack in 2014 and underwent open heart surgery but was back touring with Primus later that year. As a member of Primus he played on the albums Suck on This, Frizzle Fry, Sailing the Seas of Cheese, Miscellaneous Debris, Pork Soda, Tales from the Punchbowl, Animals Should Not Try to Act Like People, and Primus & the Chocolate Factory with the Fungi Ensemble. 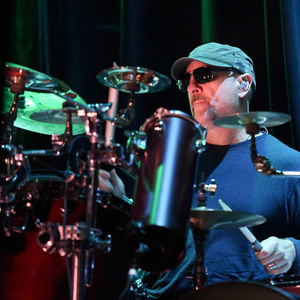