Tiffany Evans Net Worth: Tiffany Evans is an American singer and occasional actress who has a net worth of $1.5 million. Born on August 4, 1992, in South Bronx, New York City, Evans is best known for her 2007 debut single, Promise Ring, featuring Grammy-winning R&B singer Ciara. Blessed with an incredible singing talent, she was only nine years old when she made her first break on Showtime at the Apollo.

More exposure for Evans followed with her Star Search appearance in February 2003 as she turned out to be the winner of the Grand Champion title in the junior singer division. Besides, she was the only Star Search performer in the history of the show to earn perfect five scores on all of her appearances. Next, she appeared on American Idol, as well as made guest appearance in an episode of Law & Order: SVU, playing actor Blair Underwood's daughter. In 2004, she concluded a recording contract with Columbia Records. Her first single, Let Me Be Your Angel, came out later the same year along with a music video. As her musical career got already on the upswing, Evans continued to be cast in small TV and film roles like the ones on CBS's The District and the 2005 film, Diary of a Mad Black Woman. Tiffany's debut album, Tiffany Evans, was finally completed and released in 2007, featuring a selection of present and up-and-coming collaborators, including Narada Michael Walden, DJ Smurf, Ne-Yo. While Ciara guested on the album's lead single Promise Ring, a single that earned Evans wide prominence. Ever since, she has released singles like I'm Grown (2008, featuring Bow Bow), I'll Be There (2010), Won't Find Me (2011) and If You Love Me (2012). As an actress, she starred in Diary of a Mad Black Woman and episodes of The District and Law and Order: Special Victims Unit. Plus, she lent her voice to Tarzan II. In 2012, she unveiled her marriage with Lorenzo Henderson and later the same year gave birth to a baby girl. 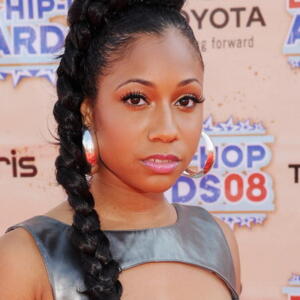