What is Tiffany Darwish's net worth?

Tiffany Darwish, more commonly known as simply "Tiffany" is an American singer and former teen idol who has a net worth of $4 million. Tiffany's 1987 cover of the song "I Think We're Alone Now" spent two weeks at number one on the Billboard Hot 100. The song would eventually help Tiffany's self titled debut album go quadruple platinum in the US, 5X platinum in Canada and Gold in the UK. She would go on to release eight studio albums, the second of which "Hold an Old Friend's Hand" went platinum but was also her final major success as a commercial artist.

Later hit singles included "Could've Been," "All This Time," and "I Saw Him Standing There." Beyond music, Tiffany has guest-starred on numerous reality television series, and has acted in movies such as "Necrosis" and "Mega Piranha."

Tiffany Darwish was born in 1971 in Norwalk, California to parents Janie and James. She is of Irish and Native American descent on her mother's side, and of Lebanese ancestry on her father's. When Tiffany was just over a year old, her parents divorced. As a teen, she went to Norwalk High School and Leffingwell Christian High School.

In 1981, Tiffany made her performing debut with country music singer Jack Reeves at a venue in Chino, California. Later, while singing at the Palomino Club in Los Angeles, she was discovered by singer-songwriter Hoyt Axton and his mother Mae, who took Tiffany to perform in Nashville, Tennessee. Tiffany signed a recording contract with producer George Tobin in 1984. The next year, she competed on the show "Star Search," finishing in second place.

In 1987, Tiffany released her self-titled debut album. Although its first single, "Danny," failed to make the charts, the second single, a cover of Tommy James & the Shondells' "I Think We're Alone Now," made it to number one on the Billboard Hot 100 for two weeks. The single "Could've Been" also hit number one on the Billboard charts, while Tiffany's modified version of the Beatles' "I Saw Her Standing There," called "I Saw Him Standing There," reached number seven. Moreover, Tiffany set a record as the youngest female artist to top the Billboard charts with her debut album.

Tiffany's second album, "Hold an Old Friend's Hand," was released in 1988. Despite being less successful than her first album and failing to spawn any number-one hits, it still managed to achieve a platinum certification. The single "All This Time" made it into the top ten, while "Radio Romance" reached the top 40. After this album, Tiffany left George Tobin's management and signed with Kim Glover and Dick Scott, who managed the teen pop group New Kids on the Block.

The early 90s saw a decline in Tiffany's career, as the artist's musical tastes began shifting away from dance pop toward rock and rap. Her third studio album, "New Inside," was a commercial disappointment upon its release. Neither the album nor any of its singles were able to make it onto the charts in the US, although greater success came overseas in Japan. Subsequently, Tiffany re-teamed with producer George Tobin for her next album, 1993's "Dreams Never Die," which was released exclusively in Asia. There, it spawned the singles "Can't You See" and "If Love is Blind." In the summer of 1993, Tiffany headlined her own show in Las Vegas. After once again breaking with Tobin, she moved to Nashville to redevelop herself as a country music artist. 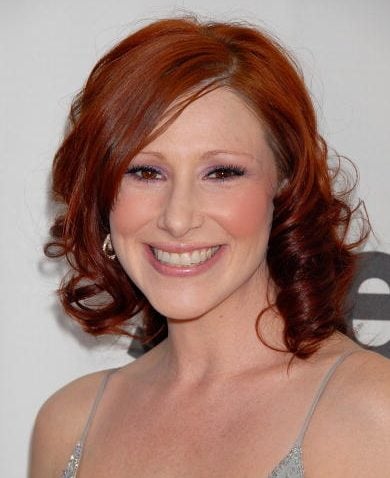 In 2000, seven years after her last album, Tiffany released "The Color of Silence" to favorable reviews. Her next album, 2005's "Dust Off and Dance," consisted of Eurodance-style songs, and featured the singles "Ride It," "Fly," and "Na Na Na," among others. Two years later, Tiffany signed with 10 Spot Records, and released the album "Just Me"; it spawned the single "Feels Like Love." In October of 2007, the single "Higher" debuted at number one on the Billboard Hot Dance Club Play chart, becoming Tiffany's first Billboard chart appearance in almost two decades. She followed this with the limited album "Mimi's Kitchen," which was shipped to fans in a personalized package.

Tiffany made her first professional foray into country music with her 2011 album, "Rose Tattoo."  Also that year, she went on tour with fellow 80s pop star Debbie Gibson, performing both their own material and cover versions of 80s hits. Later, from 2019 to 2020, Tiffany did a solo tour across the United States.

Outside of music, Tiffany has appeared on a myriad of television programs. In 2005, she was featured on the British show "Hit Me, Baby, One More Time," and in 2007, appeared on VH1's "Celebrity Fit Club." Later credits have included the TLC fashion show "What Not to Wear," the competition programs "Rachael vs. Guy: Celebrity Cook-Off" and "I'm a Celebrity… Get Me Out of Here!," and the reality series "Celebrity Wife Swap."

As an actor, Tiffany made her debut by voicing Judy Jetson in 1990's "Jetsons: The Movie"; she also contributed three songs to the soundtrack. In 2002, she appeared in an episode of the sitcom "That '80s Show." Later, Tiffany had a cameo on the sitcom "How I Met Your Mother," playing herself as a backup singer in an 80s-inspired music video. Following this, she made her live-action film debut in the psychological thriller "Necrosis," and appeared in the science-fiction television movies "Mega Piranha" and "Mega Python vs. Gatoroid."

In 1992, Tiffany married makeup artist Bulmaro Garcia; they had one child, a son, and divorced in 2003. Tiffany subsequently wed businessman Ben George, whom she divorced in 2018. 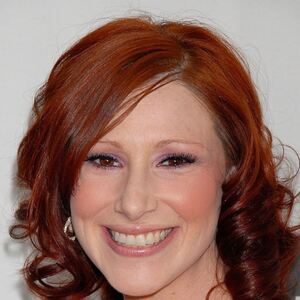