Thomas Dolby Net Worth: Thomas Dolby is an English musician and producer who has a net worth of $10 million. That is a combined net worth with his wife of more than three decades, actress Kathleen Beller.

He was born in London, England as Thomas Morgan Robertson in 1958. Thomas Dolby released his first single in 1981 and had his second effort, "Europa and the Pirate Twins", chart at number 48 in the U.K. He released five studio albums between 1982 and 2011; his second record, "The Flat Earth", peaked at number 14 in the U.K. and number 35 in the U.S. His most popular singles include 1982's "She Blinded Me with Science" (number five in the U.S.) and 1984's "Hyperactive!", which was initially written for Michael Jackson. That song climbed to number 17 in the U.K. and is the best-performing single of Dolby's career in the United Kingdom. In 1985, he performed live at the Grammy Awards alongside several acts, including Stevie Wonder. He also joined David Bowie's band that year to play a Live Aid concert in London.

Dolby has composed several video game and movie soundtracks, including one for "The Gate To The Mind's Eye" and "Howard the Duck". He is the founder of Headspace, a company that created the RMF file extension for the Internet; that business has since been renamed Beatnik and works with cell phone companies, including Nokia. In early 2014, Dolby accepted a position as Professor of the Arts at Johns Hopkins University in Maryland. He has been married to his wife, Kathleen Beller, since 1988 and has three children. 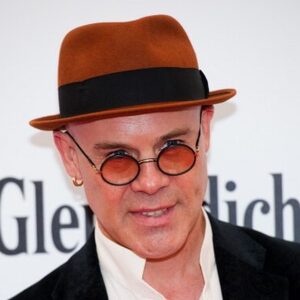