Teyana Taylor Net Worth: Teyana Taylor (also known as Teyana Shumpert) is an American singer/songwriter, dancer, rap artist, and actress who has a net worth of $5 million. She began her professional career with an appearance on MTV's "My Sweet Sixteen" in 2007, and she signed with Star Trek/Interscope Records but never released an album while with the label. After six years of frustration, Taylor parted from the record company amicably and began releasing her own projects independently. She released her first mixtape, "The Misunderstanding of Teyana Taylor," in early 2012, and the album spawned two singles. She has since signed with G.O.O.D. Music Group and The Island Def Jam Music Group.

Teyana released her debut studio album, "VII," in November 2014, and it reached #1 on the US R&B and US R&B/Hip-Hop charts and #19 on the "Billboard" 200. Taylor followed her successful debut with 2018's "K.T.S.E." and 2020's "The Album," and she has appeared in several films, including "Stomp the Yard: Homecoming" (2010), "Madea's Big Happy Family" (2011), and the upcoming "Coming 2 America," which is set to be released in December 2020. Teyana has also designed sneakers for adidas, launched the Fade2Fit workout apparel line, and created the "Fade 2 Fit" Workout Program.

Early Life: Teyana Taylor was born Teyana Me Shay Jacqueli Taylor on December 10, 1990, in New York City. She was raised in Harlem by a single mother, Nikki, who began acting as Teyana's manager during her teenage years. Taylor's father has three other children, but she is Nikki's only child. Teyana began performing when she was 9 years old and participated in several talent competitions, such as the Apollo Theater National All-Stars talent search. Taylor has said that her mother helped shape her musical tastes, and her influences include Lauryn Hill, Michael Jackson, Brandy, Toni Braxton, and Stevie Wonder.

Career: At just 15 years old, Teyana was a choreographer on Beyoncé's 2006 "Ring the Alarm" music video, and the following year, she was signed to Pharrell Williams' Star Trak Entertainment, an imprint of Interscope Records. She made her television debut on a February 2007 episode of "My Super Sweet Sixteen," and later that year, she appeared in Jay-Z's "Blue Magic" video. Taylor released her first commercial single, "Google Me," in February 2008, and it peaked at #90 on the "Billboard" Hot R&B/Hip-Hop Songs chart. She released the "From a Planet Called Harlem" mixtape on August 16, 2009, and she appeared in "Stomp the Yard: Homecoming" and the first episode of the Oxygen network's "House of Glam" in 2010. That year, Teyana also ended up doing guest vocals on Kanye West's "My Beautiful Dark Twisted Fantasy" album after he asked her to come by the studio and give him fashion advice for an upcoming music video. While in the studio with West, Taylor hummed along with the songs he played for her, and he asked her to record vocals for the tracks "Hell of a Life" and "Dark Fantasy." In 2010, Teyana also performed on the track "Christmas In Harlem" for GOOD Music, Kanye's record label, and landed a role in "Madea's Big Happy Family."

Taylor left Star Trak in January 2012, independently released the mixtape "The Misunderstanding of Teyana Taylor" in March, and signed with GOOD Music and The Island Def Jam Music Group in June. During that period, she also released the tracks "Make Your Move" (featuring Wale) and "D.U.I" (featuring Jadakiss and Fabolous). In September of that year, Teyana performed on the tracks "To the World," "Sin City," and "Bliss" on the album "Cruel Summer," a GOOD Music compilation that reached #2 on the "Billboard" 200 and #1 on the Top R&B/Hip-Hop Albums chart as well as the Top Rap Albums chart. She released her debut studio album, "VII," on November 4, 2014, and the single "Maybe" peaked at #10 on the "Billboard" Bubbling Under Hot 100 Singles chart and #11 on the Hot R&B Songs chart. In 2015, Taylor served as a judge on MTV's "America's Best Dance Crew" and released an EP, "The Cassette Tape 1994." In August 2016, Kanye West premiered his "Fade" music video at the MTV Video Music Awards, and Teyana earned rave reviews for her performance in the video. 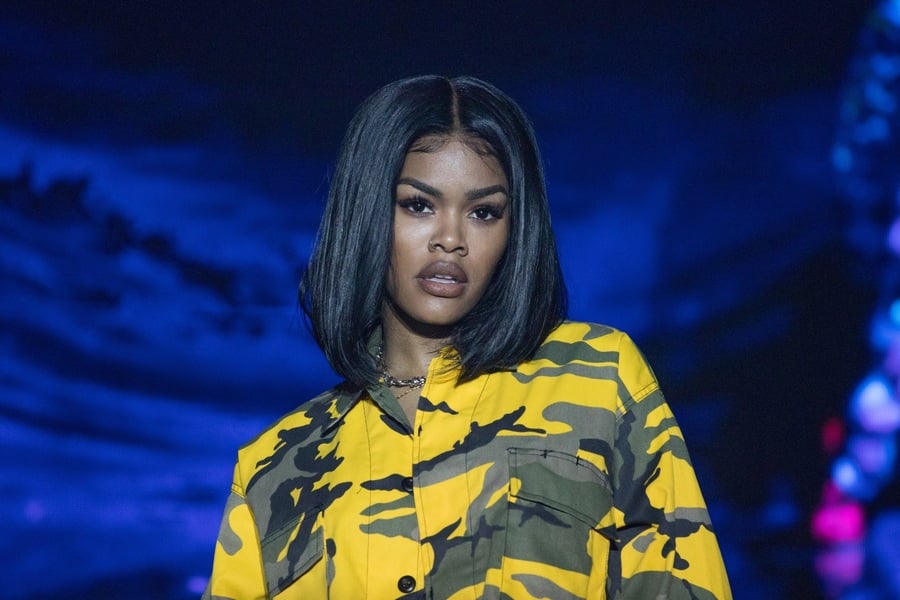 (Photo by Rick Kern/Getty Images for)

Personal Life: On October 1, 2016, Teyana married professional basketball player Iman Shumpert, who has played for the New York Knicks, Cleveland Cavaliers, Sacramento Kings, Houston Rockets, and Brooklyn Nets. They welcomed daughters Junie and Rue on December 16, 2015, and September 6, 2020, respectively; both children were born at home, and Iman delivered them. In 2018, the couple starred on their own VH1 reality show, "Teyana and Iman."

Awards and Nominations: In 2017, Taylor shared an MTV Video Music Award for Best Choreography for Kanye West's "Fade" with Guapo, Matthew Pasterisa, Jae Blaze, and Fonzworth Bentley. In 2020, she was named Video Director of the Year at the BET Awards and the BET Hip Hop Awards. Teyana was also nominated for Best Female R&B/Pop Artist and the BET Her Award at the 2019 BET Awards and Best Dance Performance at the Soul Train Music Awards in 2019 and 2020.

Real Estate: In 2018, Teyana and Iman paid nearly $3 million for a 5,700 square foot home in the Studio City area of Los Angeles, and they put it on the market for $3.695 million in August 2020. The home includes five bedrooms, 5.5 bathrooms, a gourmet kitchen, a movie theater, a spa bathroom, and a swimming pool. 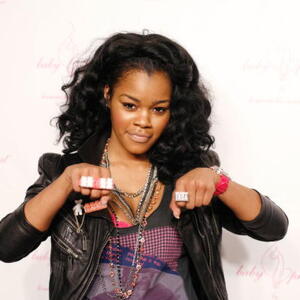