Tevin Campbell net worth: Tevin Campbell is a singer/songwriter and actor who has a net worth of $2 million. Tevin Campbell has earned his net worth through his many singles such as "Round and Round," "Back to the World," "For Your Love" and more. He has also made many albums such as "T.E.V.I.N.," "I'm Ready," "Tevin Campbell" and others, as well as his appearances on television shows such as "Moesha," "The Fresh Prince of Bel-Air," "N Y Undercover," and the role of Seaweed J.

Stubbs in the Broadway show "Hairspray. He was also the voice of Powerline in the movie "A Goofy Movie" by Walt Disney. In 1988 he auditioned over the phone for jazz flutist Bobbie Humphrey which put him on the road to his musical career and to his first solo hit single, "Round and Round. Campbell appeared on the BET Awards in 2009 along with fellow performers, Trey Songz, Tyrese and Johnny Gill to pay tribute to R&B group The O'Jays. Tevin Campbell was arrested and charged with solicitation and possession of marijuana in 1999 and was fined $1,080.50, as well as ordered to attend Narcotics Anonymous and take an AIDS-awareness class. Tevin Campbell was born in Waxahachie, Texas in 1976. He sang in the church choir and as a soloist at the Jacob's Chapel in a little town outside of Dallas, Texas and has loved performing ever since he was a young boy. In 1990 he won the "Young Artist Award" for Favorite New Recording Artist and in 1994 he won the "Soul Train Music Award" for Best R&B/Soul Single-Male. He has also been nominated for several Grammy Awards as well as American Music Awards. 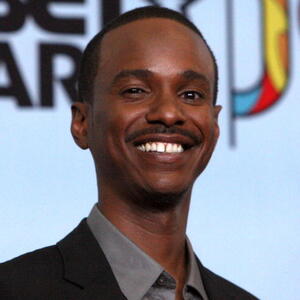