Terry Ellis net worth: Terry Ellis is an American R&B singer who has a net worth of $7 million. Terry Ellis was born in Houston, Texas in September 1963. Ellis is best known for being part of the vocal group En Vogue. She earned a marketing degree from Prairie View A&M University.

En Vogue was originally supposed to be a trio but Ellis was added to make the group a quartet after the producers were so impressed by her voice. During En Vogue's hiatus in 1995 Ellis released her solo debut studio album Southern Gal which included the moderate hits "What Did I Do To You? and "Where Ever You Are". Ellis also released her own fragrance called Southern Exposure. En Vogue formed in 1989 in Oakland, California. The group has won more MTV Video Music Awards than any other female group, with seven. They have also won five Soul Train Awards and six American Music Awards as well as being nominated for seven Grammy Awards. Billboard magazine listed En Vogue as the 18th most successful act of the 1990s. They have released six studio albums and their 1992 album Funky Divas reached #1 on the US R&B chart and #8 on the Billboard 200. The album was also certified 3x Platinum in the US. The group's most popular hits include "Hold On", "My Lovin' (You're Never Gonna Get It)", "Giving Him Something He Can Feel", "Free Your Mind", "Whatta Man", "Don't Let Go (Love)", and "Whatever". 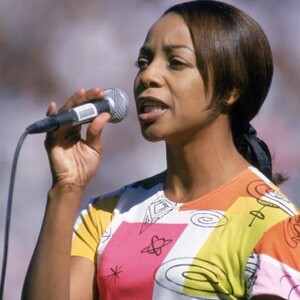