How much is Terri Nunn Worth?

Terri Nunn net worth: Terri Nunn is an American singer and actress who has a net worth of $8 million. Terri Nunn was born in Baldwin Hills, California in June 1961. She is best known for being the lead vocalist of the band Berlin. The group released their debut studio album Information in 1980. Their album Pleasure Victim was released in 1983 and reached #12 in New Zealand and #30 in the US. Berlin released the album Love Life in 1984 which reached #3 in New Zealand and #28 in the US. They also had success with the 1986 album Count Three & Pray and released the albums Voyeur in 2002, 4Play in 2005, and Animal in 2013. The band's best known single was "Take My Breath Away (Love Theme from 'Top Gun')" which reached #1 in the US and UK and reached the Top 5 in several countries. Nunn appeared in several TV series including T.J. Hooker. She auditioned for the role of Princess Leia in Star Wars and starred in the 1978 film Thank God It's Friday. 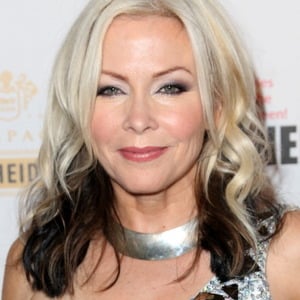