What is Taylor Hicks' Net Worth?

Taylor Hicks is an American singer, actor, and reality television contestant who has a net worth of $1 million. Although Hicks started his musical career in his teens, he achieved mainstream recognition after appearing on the reality TV show "American Idol." This allowed him to release his first album with a major record label in 2006. He quickly established a core of devoted fans who appreciated his energetic stage performances. In addition to his recording career, he has appeared in Broadway musicals such as "Grease." In addition, he later secured a residency at a Las Vegas casino, becoming the first-ever Idol winner to do so. Hicks is also known for hosting the original series "State Plate."

Taylor Reuben Hicks was born on October 7th of 1976 in Birmingham, Alabama. At the age of eight, Taylor relocated with his family to Hoover. He then received his first grey hair at the age of 14. Not long afterward, his parents divorced. Taylor was then raised partly by his stepmother Linda. Hicks has stated that his childhood was difficult, and this is one of the reasons he is so attracted to soul and blues music. He also grew up alongside a half-brother named Shawn. Shawn was the one who convinced Taylor to audition for "American Idol."

During his teen years, Hicks realized that he had a gift for music. He soon discovered that he had perfect pitch, a rare ability that allowed him to recreate musical tones without reference tones. At the age of 18, Taylor had written his first song, and he had taught himself how to play the electric guitar and the church organ. During his high school years, he played various sports.

After graduating from high school, Taylor attended Auburn University and played in a Widespread Panic cover band. He also continued to play varsity sports during this time while pursuing a major in business and journalism. He also joined a band called Passing Through.

After graduating from university, Taylor Hicks explored numerous musical opportunities. He first started his own band, eventually recording an independent album in 1997 called "In Your Time." By 2000, he had relocated to Nashville in order to pursue a professional music career. He worked with established songwriters and singers to record a three-track demo tape, but no record label was interested in signing him. Faced with what he called an "oversaturation of the market," Taylor was forced to leave Nashville after a year, returning to Alabama to explore other options.

He then performed at various live venues, joining established artists on stage. He became quite well-known during this period, even performing at the Talladega Superspeedway during NASCAR weekend in 2004. A second album followed, entitled "Under the Radar." This considerable level of success would prove to be a point of controversy after he appeared on "American Idol." The show is intended for amateur artists. However, Hicks was never given a recording contract, so he never technically violated the contest's rules.

In 2005, Taylor Hicks auditioned for "American Idol" in Las Vegas. Paula Abdul and Randy Jackson expressed enthusiasm after his audition, but Simon Cowell was unimpressed. Cowell would later admit that he was wrong about Hicks. Taylor eventually found himself among the final three contestants, including Katharine McPhee and Elliott Yamin. In recognition of his achievements, Taylor was given the Key to the City by the mayor of Birmingham. He was also given a parade.

In 2006, Hicks officially became the new winner of "American Idol," beating McPhee. He was the oldest contestant to win the competition at the age of 29. A number of brand endorsement and marketing opportunities soon followed. Most important was the record deal, which was offered to him by 19 Recordings Limited/Arista Records. He was also managed by Simon Fuller. He then released his debut single, "Do I Make You Proud." Hicks then sued a producer in Nashville for distributing his songs without permission.

In addition, Taylor was given a $750,000 book deal for his memoir, which was later released with the title "Heart Full of Soul: An Inspirational Memoir About Finding Your Voice and Finding Your Way." It was ghostwritten by David Wild. In addition, Hicks was given the opportunity to perform in the Broadway musical "Grease" in 2008. 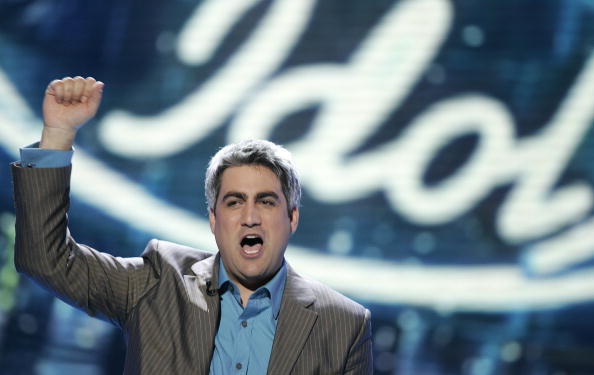 Hicks released his self-titled debut album in 2006, and it later achieved platinum status. However, this ultimately proved to be the lowest-selling debut album from any American Idol winner, and Arista soon dropped Taylor from their roster. Reacting quickly, he soon signed a distribution deal and released a compilation album called "Early Works" and continued to tour with "Grease."

In 2009, Hicks released his second album, "The Distance." Despite his lackluster album sales, Taylor was named as one of the top-earning "American Idol" stars. This was largely due to a combination of his album sales and his "Grease" role. He also opened a restaurant in Birmingham that received strong reviews. In 2012, he secured a one-year residency at Bally's casino in Las Vegas. He later moved to a larger venue in Las Vegas. During this period, he also joined the dating show "The Choice" and performed at the Republican National Convention.

In terms of his recording activities, a period of inactivity followed his second album. However, he returned in 2017 with the single "Six Strings and Diamond Rings" after eight years. Taylor also explored additional musical stage opportunities, booking the starring role in a production of "Shenandoah" in 2019. 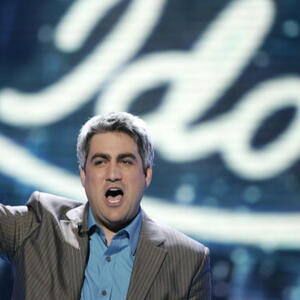