Taylor Dayne net worth: Taylor Dayne is an American singer who has a net worth of $4 million. Born in Baldwin, New York, Taylor Dayne, also known as Leslie Wunderman, began singing professionally in college. After finishing school, she embarked on a solo career and signed with Arista Records in the mid-80s.

She became an instant star with her hit track "Tell It to My Heart", which was released in 1987. She would go on to record multiple hit songs, including "I'll Always Love You", "Love Will Lead You Back", "Don't Rush Me", and "With Every Beat of My Heart". She also launched an acting career, appearing on the television series, "Nightman", and onstage in the Broadway show, "Aida". She also appeared in the VH1 series, "Remaking", about re-launching her career after taking time away from music to focus on her family. Most recently, she appeared on the show, "Rachael vs. Guy: Celebrity Cook Off", and she also released a dance single in 2011 called, "Floor on Fire", which became a Top 10 dance track. 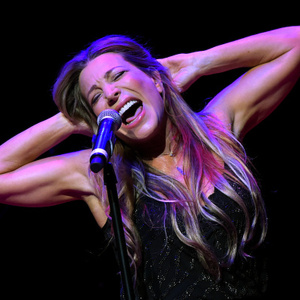