Tate Stevens Net Worth: Tate Stevens is an American country music artist who has a net worth of $3 million. Tate Stevens was born in Belton, Missouri in March 1975. Stevens won season two of The X Factor in 2012 and secured a $5 million recording contract with Syco Music and RCA Records Nashville.

Stevens toured with the Dixie Cadillacs for many years after high school but returned to Missouri and settled down to raise his family while working repairing roads. In 2005 he joined the local band Outlaw Junkies and he formed his own band Tate Stevens Band in 2008. The Dixie Cadillacs released an album in 1996. Stevens released his self-titled debut studio album in April 2013 on Syco and RCA Nashville. The album reached #4 on the US Country chart and #18 on the Billboard 200 chart. The album contained the single "Power of a Love Song" which had moderate success. He won The X Factor in December 2012 and his official winner's single was "Tomorrow" by Chris Young. 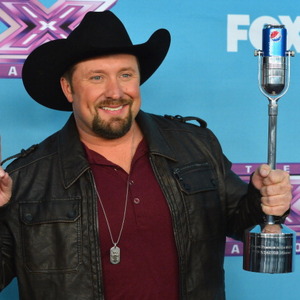