Tarkan net worth: Tarkan is a Turkish pop singer who has a net worth of $20 million. Tarkan was born in Alzey, West Germany in October 1972. He was raised in Turkey and has been called the "Prince of Pop". He sings in the styles of pop, adult contemporary, folk pop, pop rock, and dance pop.

Tarkan has sold some 30 million albums and singles worldwide. His music is produced through his company HITT Music. He has been compared to Elvis Presley for his effect on Turkey. Tarkan has released eight studio albums and has had many #1 singles in Turkey. He has also won several awards including a World Music Award for Best Selling Middle Eastern Artist in 1999. 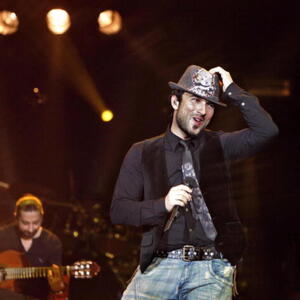