Tanya Tucker net worth: Tanya Tucker is an American country singer who has a net worth of $60 million. Born October 10, 1958 in Seminole, Texas, Tanya Tucker had her first Top Ten hit, Delta Dawn, in 1972 at the age of 13. By age 15 Tucker had already recorded her first Grammy-Award nominated song and become one of the first country artists to appear on the cover of Rolling Stone magazine. In the early '80s Tucker was romantically linked to fellow country artist Glen Campbell. The couple went on to perform together live and in recording studios and were often seen partying in public. After Tucker and Campbell split, Tucker's heavy reliance on liquor and drugs landed her in rehab at the Betty Ford clinic. Though Tucker's career stalled for a period of time, she resurfaced in the '90s when country music seemed to be making a comeback. In 1991, she was named the Country Music Association's Female Vocalist of the Year and was subsequently inducted into the Country Music Hall of Fame in 1992. She also starred in her own reality TV series (2005-2008) called Tuckerville, which featured Tucker and her children.

Tucker has never been married, but has been romantically linked with singer Merle Haggard, actor Don Johnson and the late pop singer Andy Gibb. Her relationship with Hollywood actor Ben Reed resulted in the birth of daughter Presley (1989) and son Beau "Grayson" (1991). Just days before her planned wedding to Nashville songwriter Jerry Laseter, Tucker called the wedding off when she discovered she was pregnant with Laseter's child, citing that she didn't want to walk down the aisle pregnant. 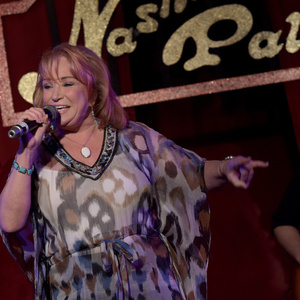