What was Tammy Wynette's net worth?

Tammy Wynette was an American country music star who had a net worth of $900 thousand at the time of her death. She is probably best-remembered for her hit "Stand by Your Man." All but three of Wynette's songs released until the end of the 1970s would reach the top ten. Several of her songs that took the number one spot include: "Take Me to Your World", "D-I-V-O-R-C-E", "Stand By Your Man", "Singing My Song", and "The Ways to Love a Man". Wynette was coined the "First Lady of Country Music" and is historically viewed as a pioneer for the women in the genre at that time.

She was Virginia Wynette Pugh in 1942 in Mississippi, the only child of Mildred Faye and William Hollice Pugh. Her father sadly died of a brain tumor when Wynette was just under a year old. Her mother left her daughter under the care of her grandparents and moved to Memphis, TN after World War II to work at a defense plant. Wynette was then raised by her aunt who was just five years older than her, a self-taught instrumentalist and a crop picker who would harvest cotton in the Mississippi fields as a young girl. The home she grew up in had no indoor toilets or running water. Wynette taught herself to play several musical instruments that had belonged to her father before he died. Wynette graduated from Tremont High School, where she was a popular basketball player, in 1960.

She initially trained to be a hairdresser in Midfield Alabama in 1965, performing songs on the side and making small TV appearances on "The Country Boy Eddie Show" in Birmingham. By now, she had three daughters and after she left her first husband, she moved her family to Nashville, TV, with the goal of securing a record deal and becoming a country star. Wynette signed with Epic Records in 1966 and debuted her first single, "Apartment No. 9", the same year. By this time, her manager had suggested she change her first name to Tammy.

Her second single, "Your Good Girl's Gonna Go Bad", reached number three on the country music charts. By 1967, Wynette had won her first Grammy for the song "I Don't Wanna Play House" in the category of Best Female Country Vocal Performance. She went on to release five number one hits between 1968-1969, including "Stand by Your Man," which apparently was written in under 15 minutes but Wynette and Billy Sherrill. The song faced controversy as it was released at a time in the United States when the women's rights movement was beginning to get underway. Initially criticized, it became super successful and reached the top of the charts. It has perhaps the song she is best known for today. It also won her another Grammy award for Best Female Country Vocal Performance. The album that accompanied the song was awarded platinum record status by 1989. 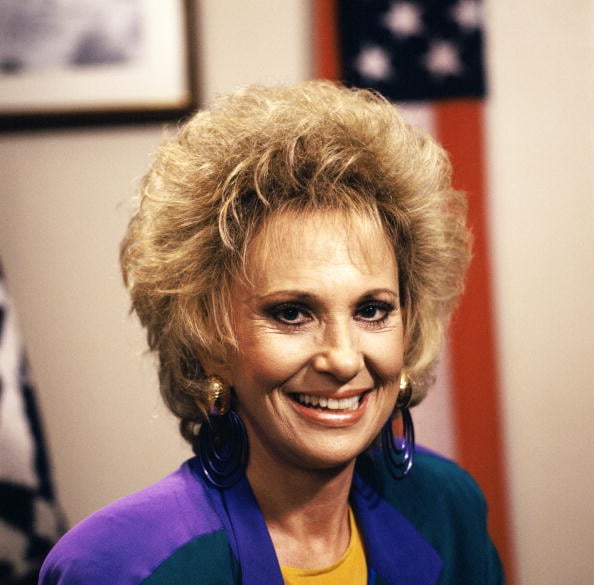 (Photo by David Redfern/Redferns via Getty)

Wynette and singer Loretta Lynn ruled the country charts in the early '70s and she released several more number one hits. She also released a number of duets with singer George Jones that reached the top 10 on the U.S. country singles chart including "We're Gunna Hold On" and "Golden Ring." She ended up marrying Jones and after a very public divorce in 1976, she recorded "Til I Can Make It on My Own" which reached No. 1 on the U.S. country singles chart and became her first single in three years to enter the pop charts. It is now considered one of her signature songs and was later recorded as a duet by Kenny Rogers and Dottie West. Their version reached No. 3 in 1979.

In the late seventies, Wynette's popularity began to wane, but she continued to reach Top 10 status until the end of that decade. A TV movie about her life called "Stand by Your Man" was released in 1981 along with her memoir of the same name. Her chart success officially began to decline in the 80s although she did continue to have a few top 20 hits around this time. She released "Higher Ground" in 1987 which was a relative success both commercially and critically. In 1988, she released a single called "Beneath a Painted Sky," which featured duet vocals from Emmylou Harris. The tune reached No. 25 and was ultimately Wynette's final top 40 single. She released "Heart Over Mind" in 1990 to no fanfare but recorded a song with the British band The KLF in 1991 called "Justified and Ancient," which reached No. 1 in 18 countries that year, giving Wynette a brand new following.

She recorded "Honky Tonk Angels" in 1993 with Dolly Parton and Loretta Lynn, the three superstars appearing together on an album for the very first time, but the album failed to produce any hit singles. Wynette did a duet with Brian Wilson in 1996, a cover version of "In My Room." She also contributed vocals to the Lou Reed song "Perfect Day" in 1997, which became a UK No. 1 hit. Wynette performed her last concert on March 5, 1998. She stepped in for an ill Loretta Lynn.

Wynette's first husband was Euple Byrd. They married before she was 18 years old and just months before her high school graduation. She left Euple while she was pregnant with her first daughter. Euple reportedly did not support her ambitions of becoming a country star. Her second husband was Don Chapel in 1968. Wynette went on to have five marriages over her 55-year life, including a prominent wedding to country music star George Jones in 1969. That union ended in divorce in 1975, largely due to Jones suffering from alcoholism.

She suffered from countless medical problems beginning in the 1970s and ultimately passed away in her sleep on April, 6, 1998. Doctors later discovered a blood clot in her lung that likely killed her, though her body would be exhumed in 1999. As a result of a new investigation, the coroner changed her cause of death to cardiac arrhythmia, which brought about a wrongful death suit. The Grammy Award winner is buried at the Woodlawn Memorial Park Cemetery in Nashville, Tennessee. 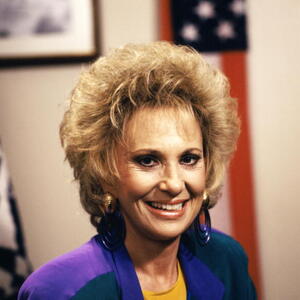