What was Tammy Faye Messner's Net Worth?

Tammy Faye Messner was an American evangelist, singer and television personality. Tammy Faye Messner had a net worth of $500 thousand at the time of her death in 2007. Tammy who rose to fame in the 70s for co-hosting the televangelist program "The PTL Club" with her husband Jim Bakker.

She became even more well known when Bakker was convicted and imprisoned on multiple counts of fraud, resulting in the dissolution of their show. Beyond the scandal, Messner drew praise for her compassionate attitude toward the LGBTQ community.

Tammy Faye Messner was born as Tamara Faye LaValley in 1942 in International Falls, Minnesota to Pentecostal preachers Carl and Rachel. Shortly after she was born, her parents divorced; subsequently, her mother remarried to a widower, forming a family of nine children, of which Messner was the oldest.

For her higher education, Messner went to North Central Bible College in Minneapolis. There, she met fellow student and future husband Jim Bakker. In 1962, the pair moved to South Carolina, where they began their ministry. Traveling around the country, Messner sang and played the accordion while her husband preached.

In 1966, Messner and her husband began working at Pat Robertson's Christian Broadcasting Network in Portsmouth, Virginia. The pair significantly contributed to the floundering network's growth, hosting a puppet ministry for children called "Come On Over." They also helped found the primetime talk show "The 700 Club," and hosted the popular children's program "Jim and Tammy." After leaving the network in 1972, Messner and her husband joined Paul and Jan Crouch to co-found California's Trinity Broadcasting Network. However, a falling-out between Bakker and Crouch curtailed the partnership after eight months.

Following their exit from Trinity Broadcasting Network, Messner and her husband moved to Charlotte, North Carolina, where they debuted their own Christian talk show, "The PTL Club," in 1974. Originally hosted from an abandoned furniture store, the show was eventually broadcast on the PTL Satellite Network, which also aired other religious programs throughout the nation. In 1978, Messner and her husband used $200 million of PTL funds to build the Christian theme park Heritage USA in Fort Mill, South Carolina. The theme park became one of the most successful in the United States at the time, ranking alongside Disneyland and Disney World in popularity.

On "The PTL Club," Messner became known for telling emotional stories and frequently singing Christian songs. She garnered particular attention for her frank discussions of subjects that were considered taboo by other evangelicals, including topics related to the LGBTQ community. An ally of the community, Messner famously interviewed gay Christian minister Steven Pieters, who had been diagnosed with AIDS during the height of the epidemic. Messner went on to urge her viewers to show compassion toward those with the disease. 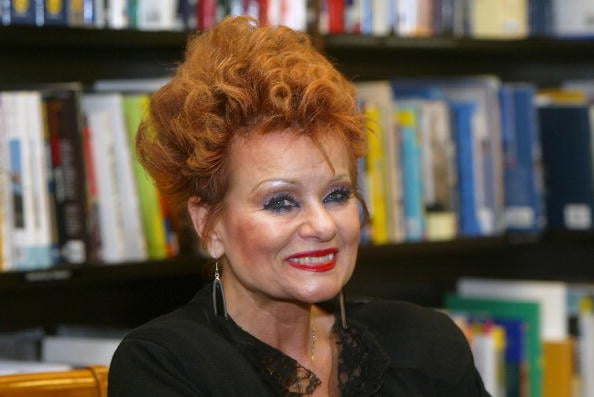 Dissolution of "The PTL Club"

In 1979, "The PTL Club" came under investigation by the FCC for misusing funds raised on air. A few years later, it was found that Bakker had raised around $350,000 that was supposed to go toward overseas missions, but which was actually used to fund Heritage USA. The FCC, and later the IRS, also found that PTL funds were being used for the Bakkers' personal expenses.

"The PTL Club" finally collapsed in 1987 when news broke that nearly $300,000 of its funds had been used as hush money to silence secretary Jessica Hahn, who alleged that Jim Bakker had raped her. This incident opened up a flood of media scrutiny on the couple's lives. Bakker ended up resigning, and chose Rev. Jerry Falwell as his successor. In 1989, Bakker was indicted on eight counts of mail fraud, one count of conspiracy, and 15 counts of wire fraud. He was sentenced to 45 years in prison and was given a $500,000 fine. Bakker's sentence was later reduced to eight years; however, he served just short of five, having been granted parole in 1994 while owing $6 million to the IRS.

While her husband was in prison in 1992, Messner filed for divorce. The next year, she married property developer Roe Messner, a family friend who had built much of Heritage USA through his contracting business. In 1996, Roe was convicted of bankruptcy fraud, and was subsequently sentenced to 27 months in prison.

In 1996, Messner was diagnosed with colon cancer. She went on to draw renewed media attention, and made two appearances on "The Drew Carey Show." Later, in the early 2000s, she published an autobiography and appeared on the second season of the VH1 reality series "The Surreal Life." Messner subsequently made a number of appearances on "Larry King Live," during which she revealed that she had lung cancer. In July of 2007, she passed away at her home near Kansas City, Missouri at the age of 65.

Messner's exaggerated emotional personality, scandalous marriages, and LGBTQ alliance have made her a popular figure in media culture. In 2000, she was the subject of the documentary "The Eyes of Tammy Faye," which was narrated by drag queen RuPaul. Later, in 2021, a film was released based on the documentary, starring Jessica Chastain as Messner and Andrew Garfield as Jim Bakker. A number of stage productions about Messner have also been produced, including the musicals "The Gospel According to Tammy Faye" and "Big Tent," and the play "Tammy Faye's Final Audition," which premiered in 2015 at the Cincinnati Fringe Festival and stars Jessica Chastain as Tammy. 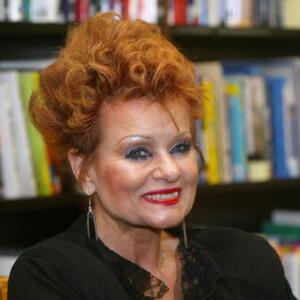