Tamika Scott net worth: Tamika Scott is an American R&B singer who has a net worth of $3 million. Tamika Scott was born in College Park, Atlanta, Georgia in November 1975. She is best known for being a member of the R&B group Xscape. Scott sang lead vocals and harmonies for the group and released one solo song called "Day & Night". Tamika is the younger sister of Xscape member LaTocha. Tamika Scott has worked as a producer for The Source. Scott later performed, arranged, wrote, and produced songs for the soundtrack to Tyler Perry's Daddy's Little Girls. She formed a female version of Say Ahh with rappers Trina, Gloss Da Boss, and Rasheed in 2009. Xscape's debut studio album Hummin' Comin' at 'Cha was released in 1993 and reached #3 on the US R&B charts and was certified Platinum in the U.S. Their second album Off the Hook in 1995 was also certified Platinum and hit #3 on the US R&B chart. Xscape had #1 hits on the US R&B charts with "Just Kickin' It", "Understanding", and "Who Can I Run To". Scott was also featured on the #1 hit "Bounce with Me" by Lil' Bow Wow w/ Jermaine Dupri. 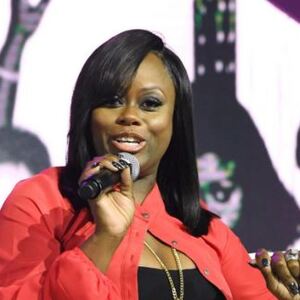